The 2014 Snapper season turned out to be a cracker with 23 Snapper over 40cm. Since i'm getting older i figured overnight camping on the old stretcher is due to be replaced with a comfortable swag. The downside of course is carrying it in so the plan was to set it up once and hide it well in the bush and leave it there. The first session was to be mid September. 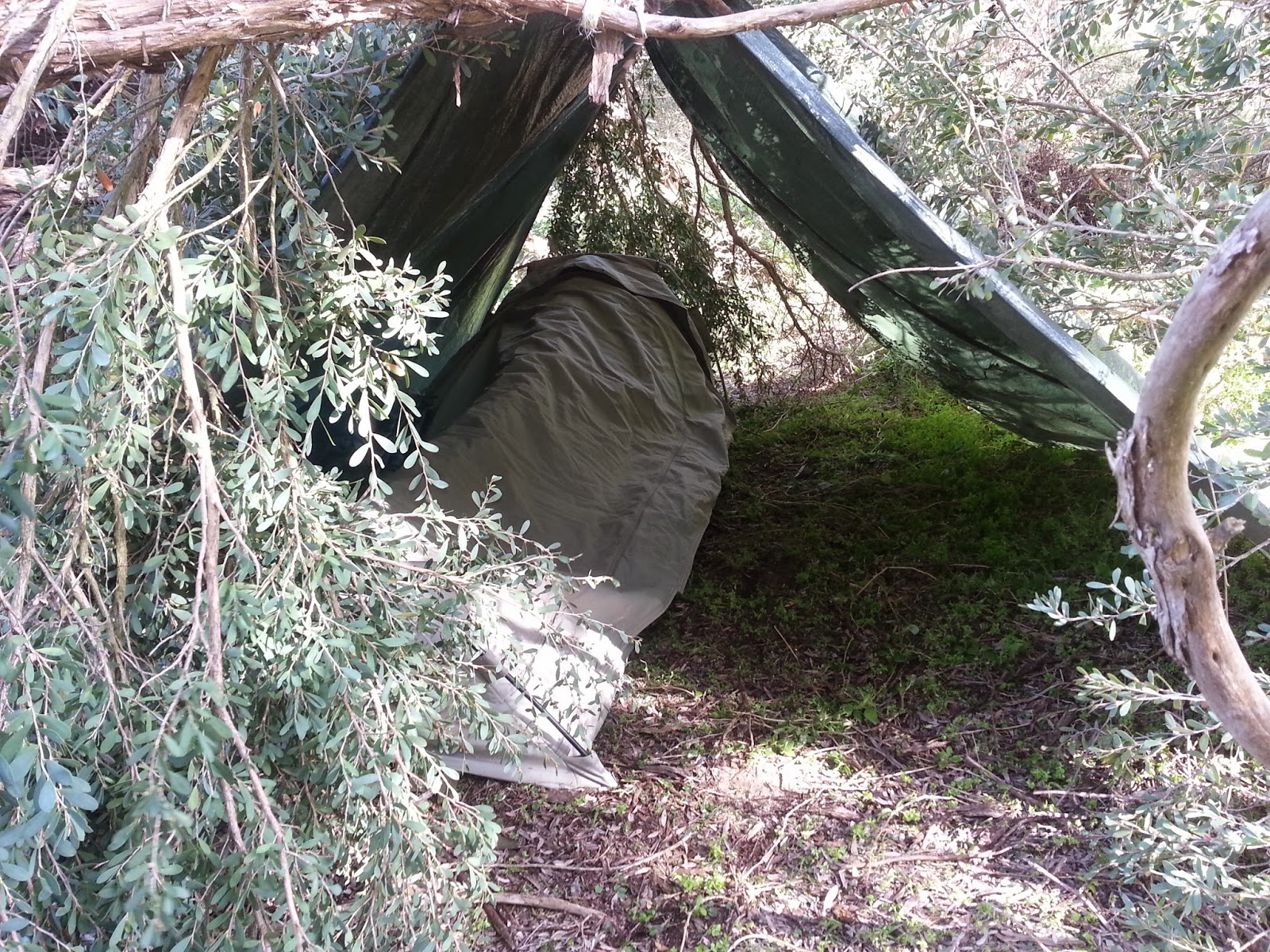 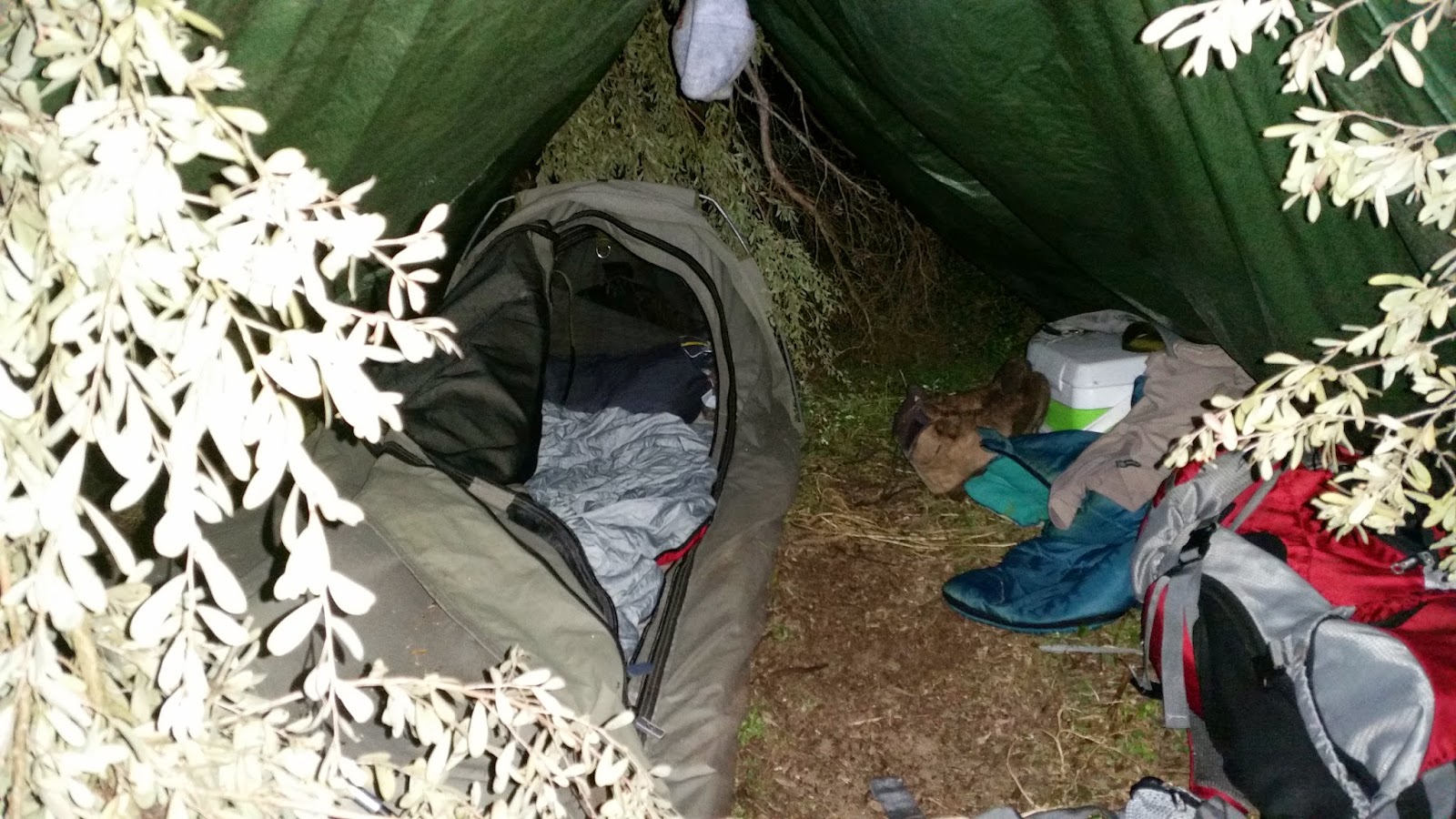 Once i was all set up i hiked back out for an hour to get my fishing gear and back in. I was buggered before i even started fishing.
I was keen to try my new Anyfish Anywhere Six & Bait rod and Akios Scora 80 reel and early morning i managed a nice Snapper on my new gear which i was very happy with. Then another smaller one followed.
All up a great weekend with lots of hiking, bush camping and fishing. What more could one ask for. 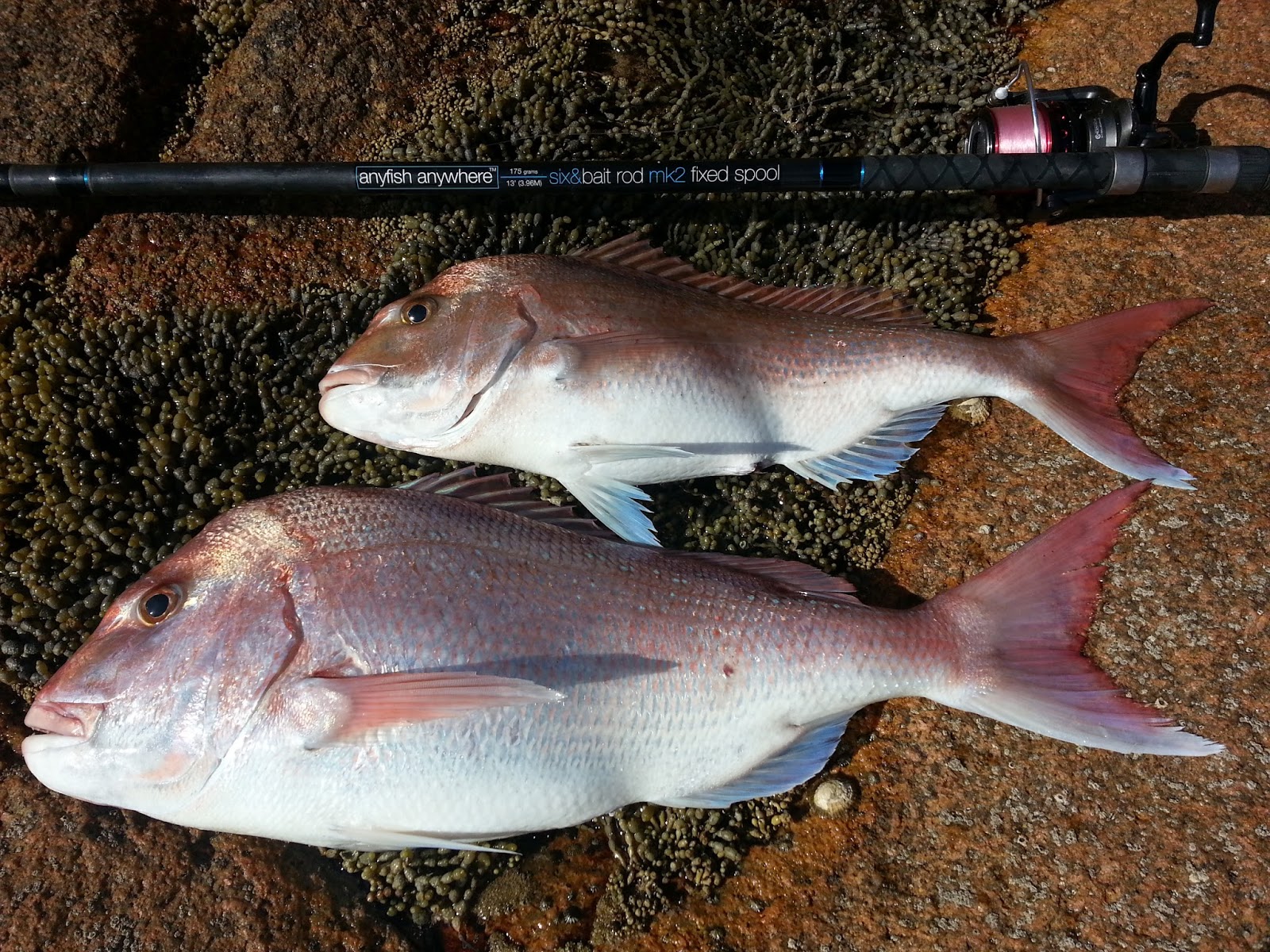 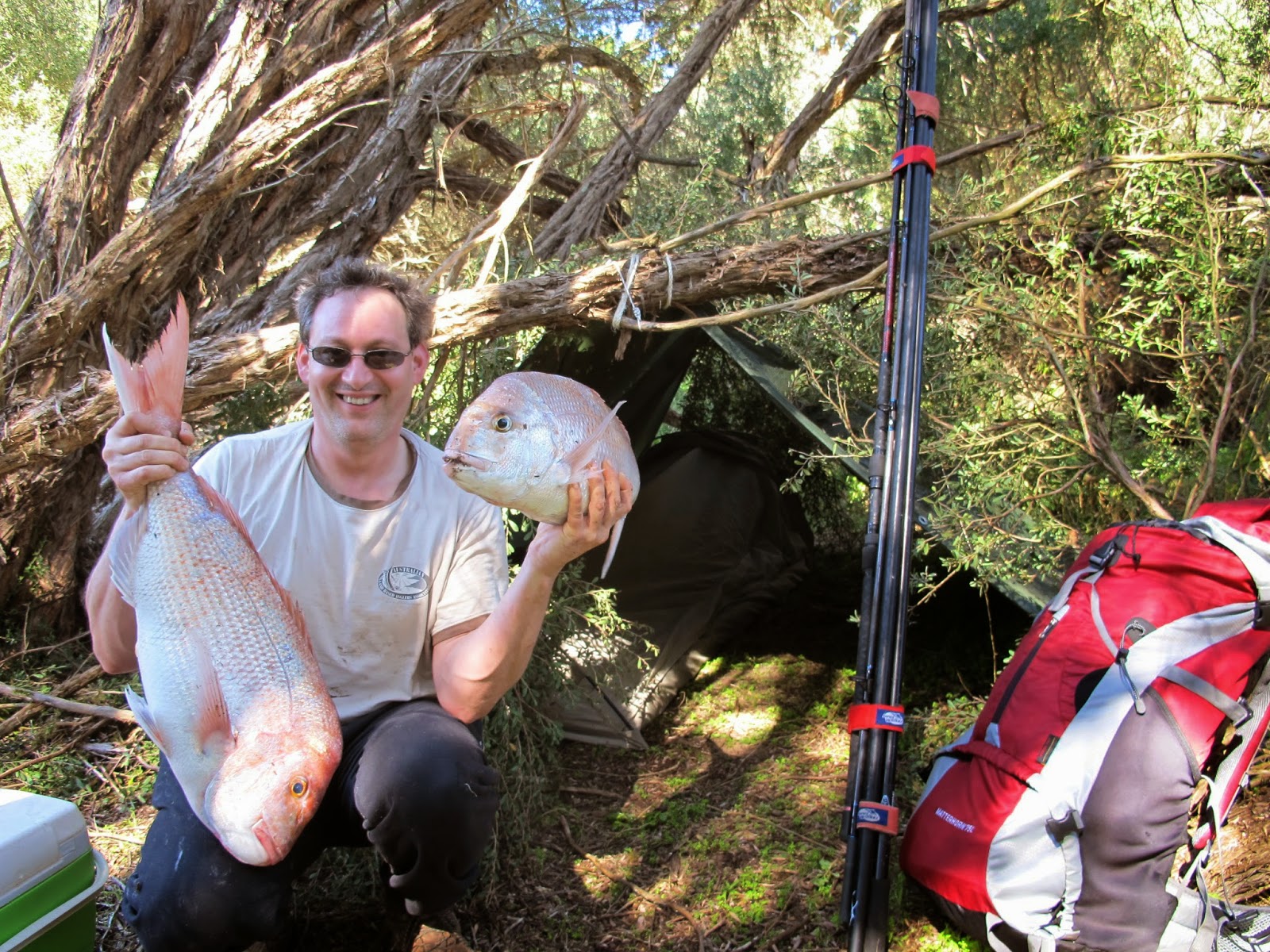 The following weekend the preferred tide was at 2am on Friday and i decided to have a nap first in the car after work and then head out to fish. 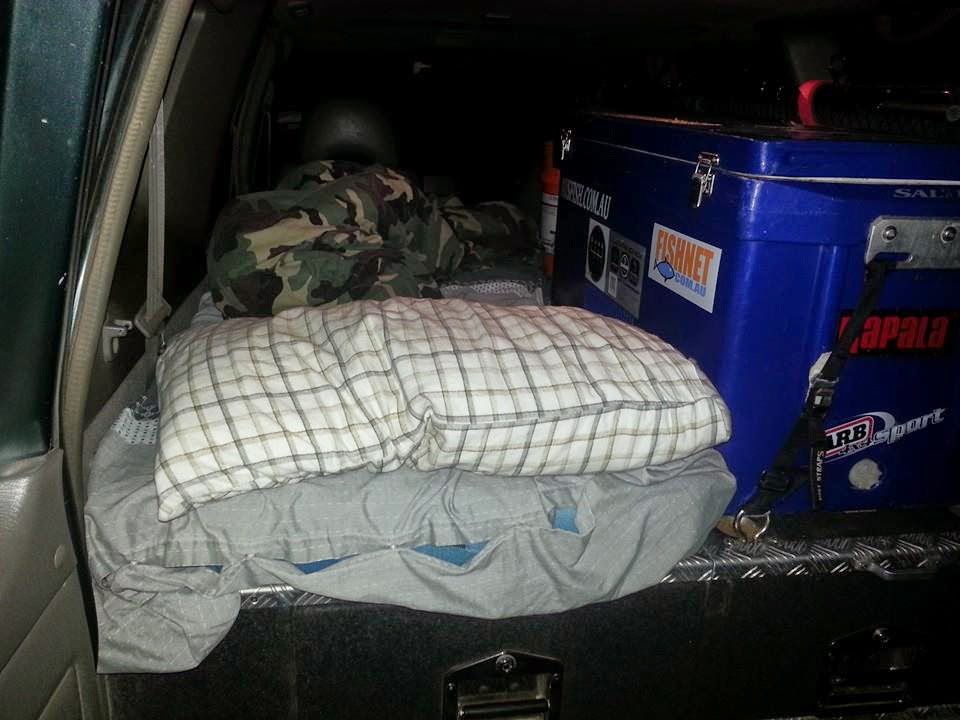 Fishing during the night i managed to land and release my first Seven Gill Shark and contrary to what i heard, the fight was fantastic. 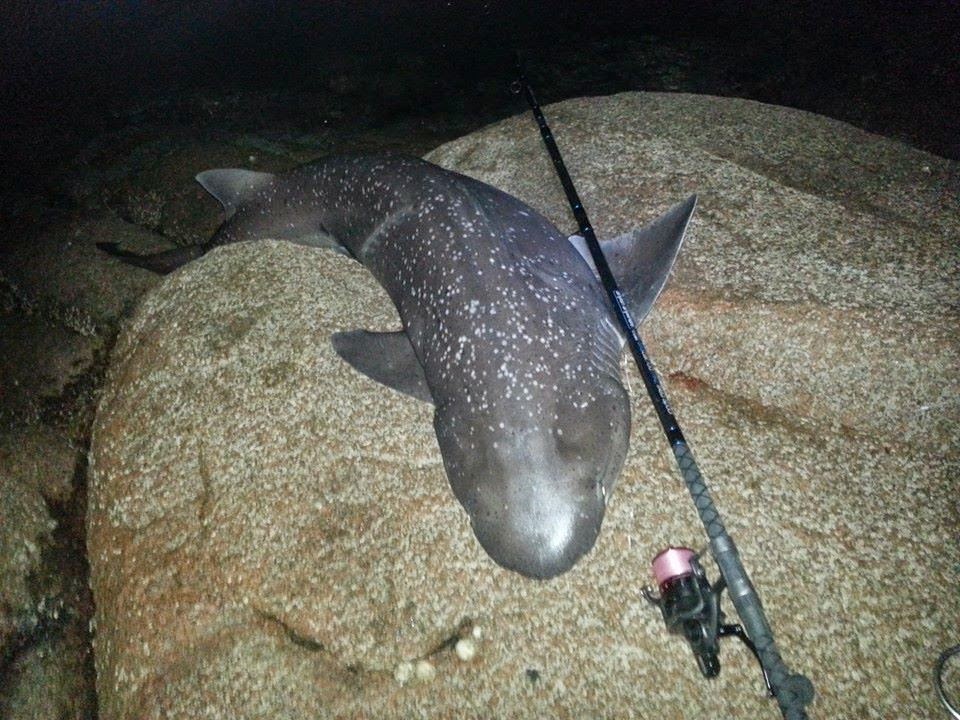 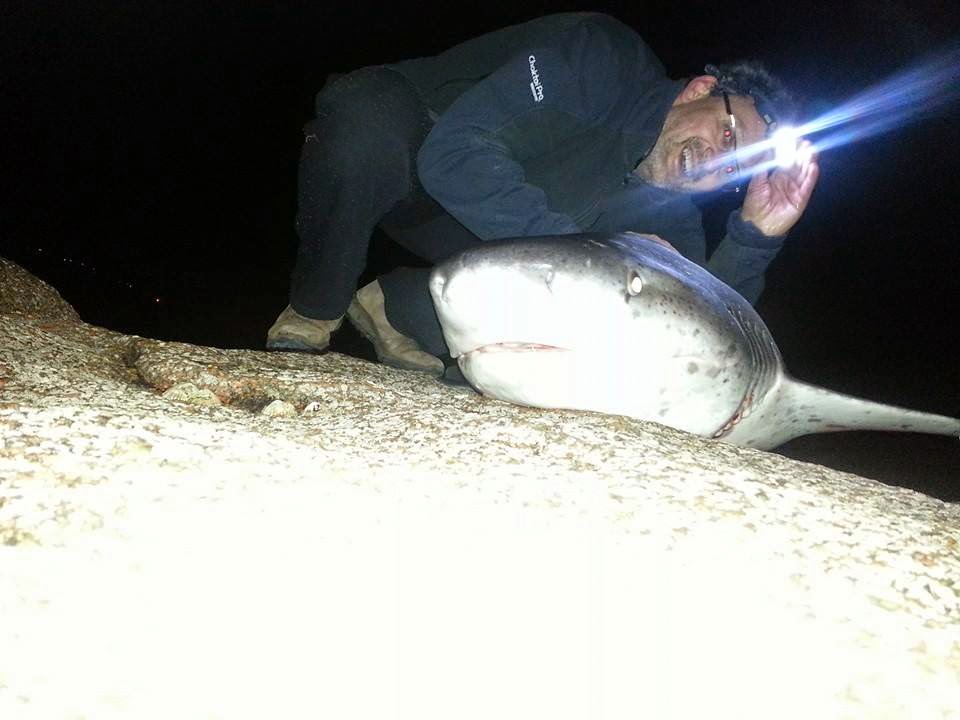 Then just as the sun came up, the rod went off and i managed a nice Snapper. 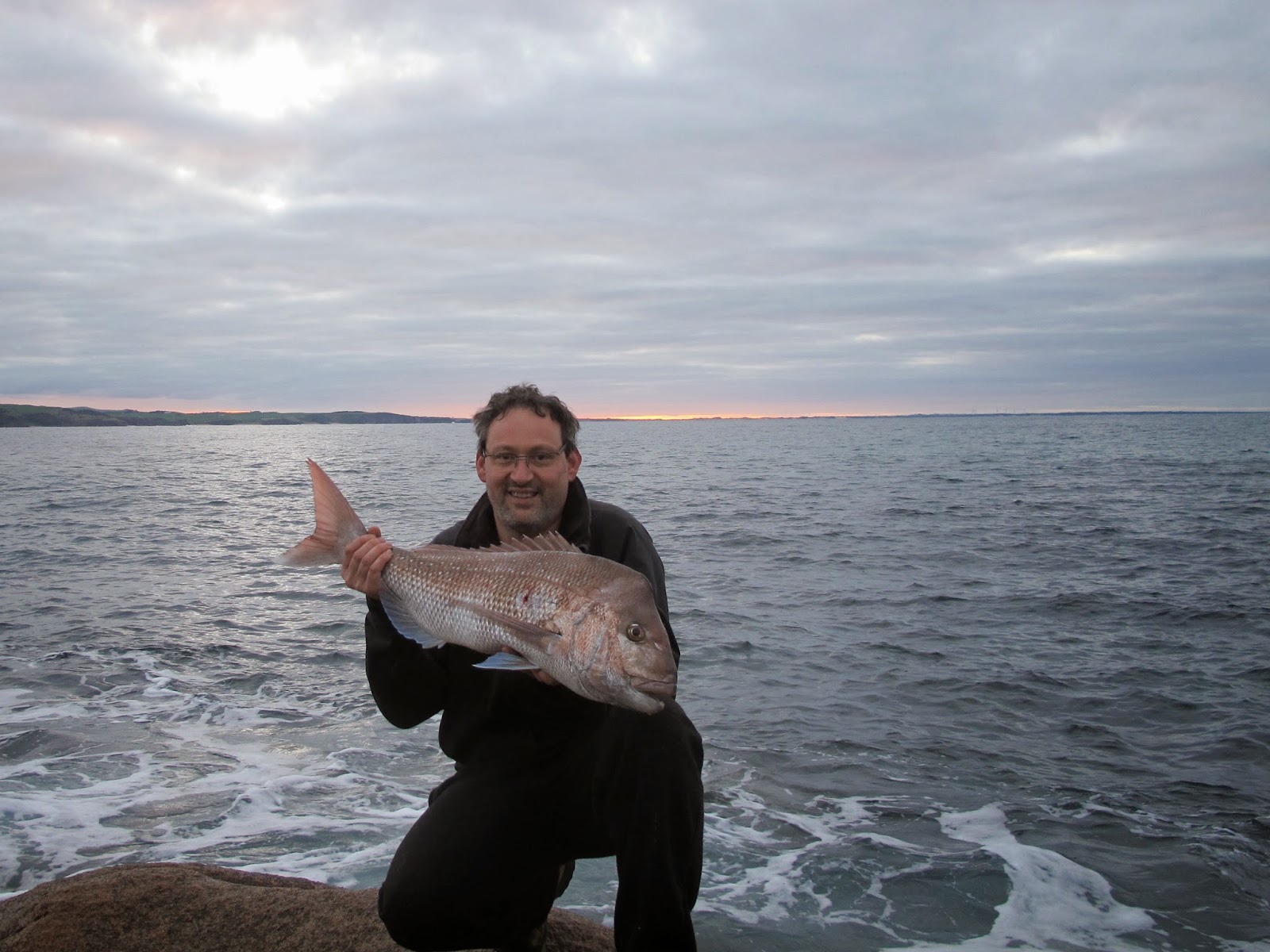 The last weekend of September turned out to be great with both the weather and the fish playing ball and 4 nice Snapper were landed. 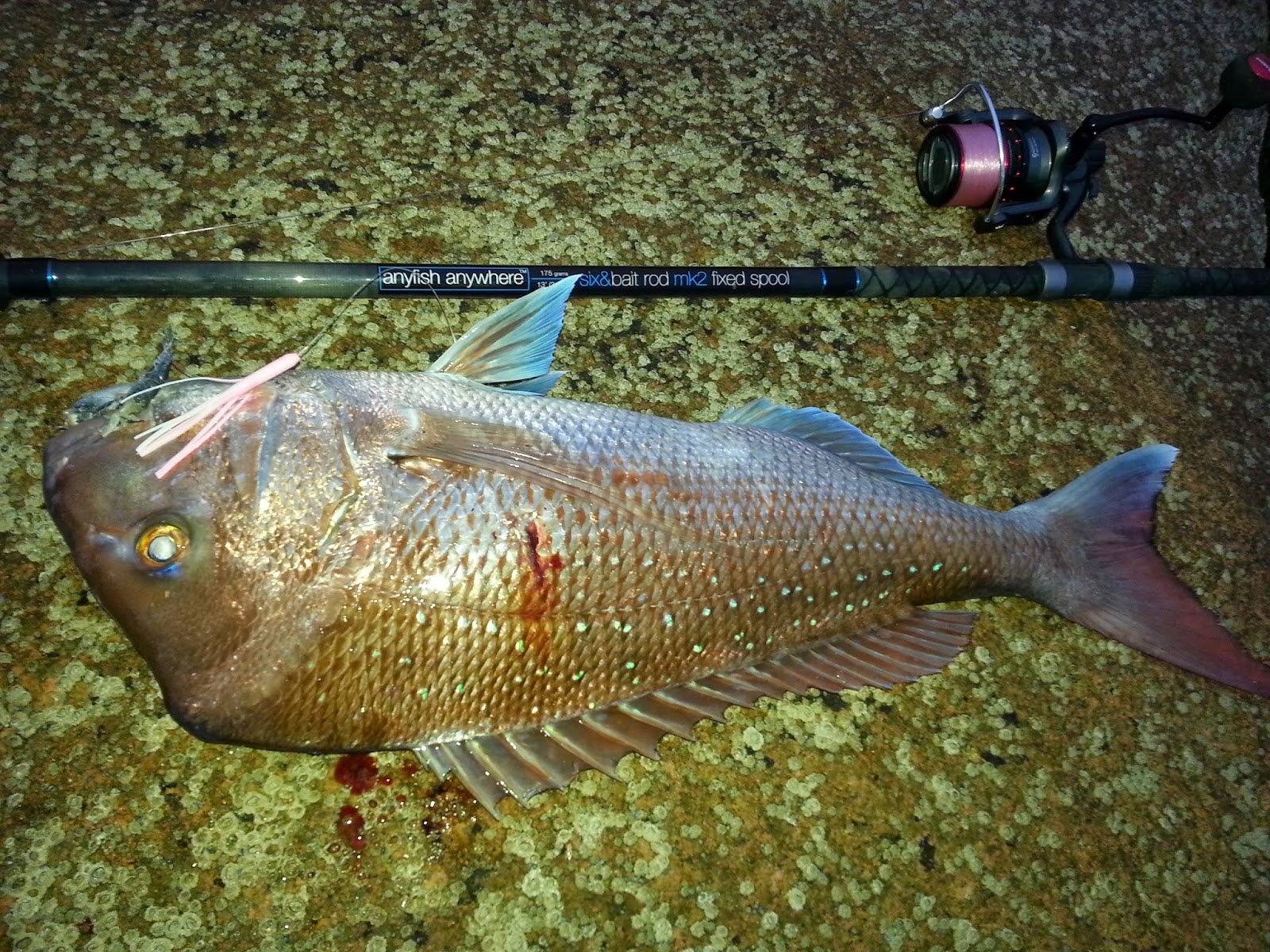 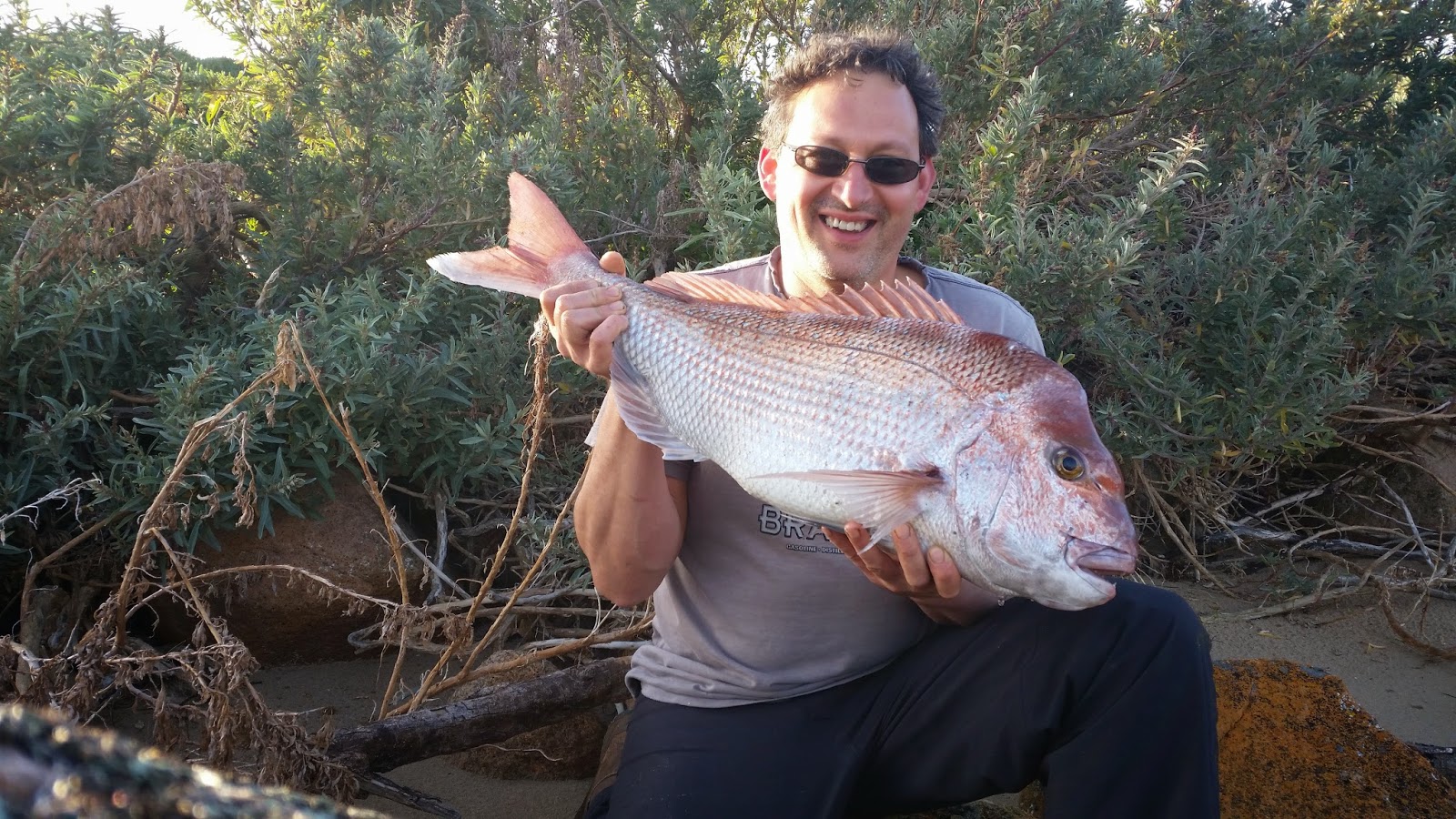 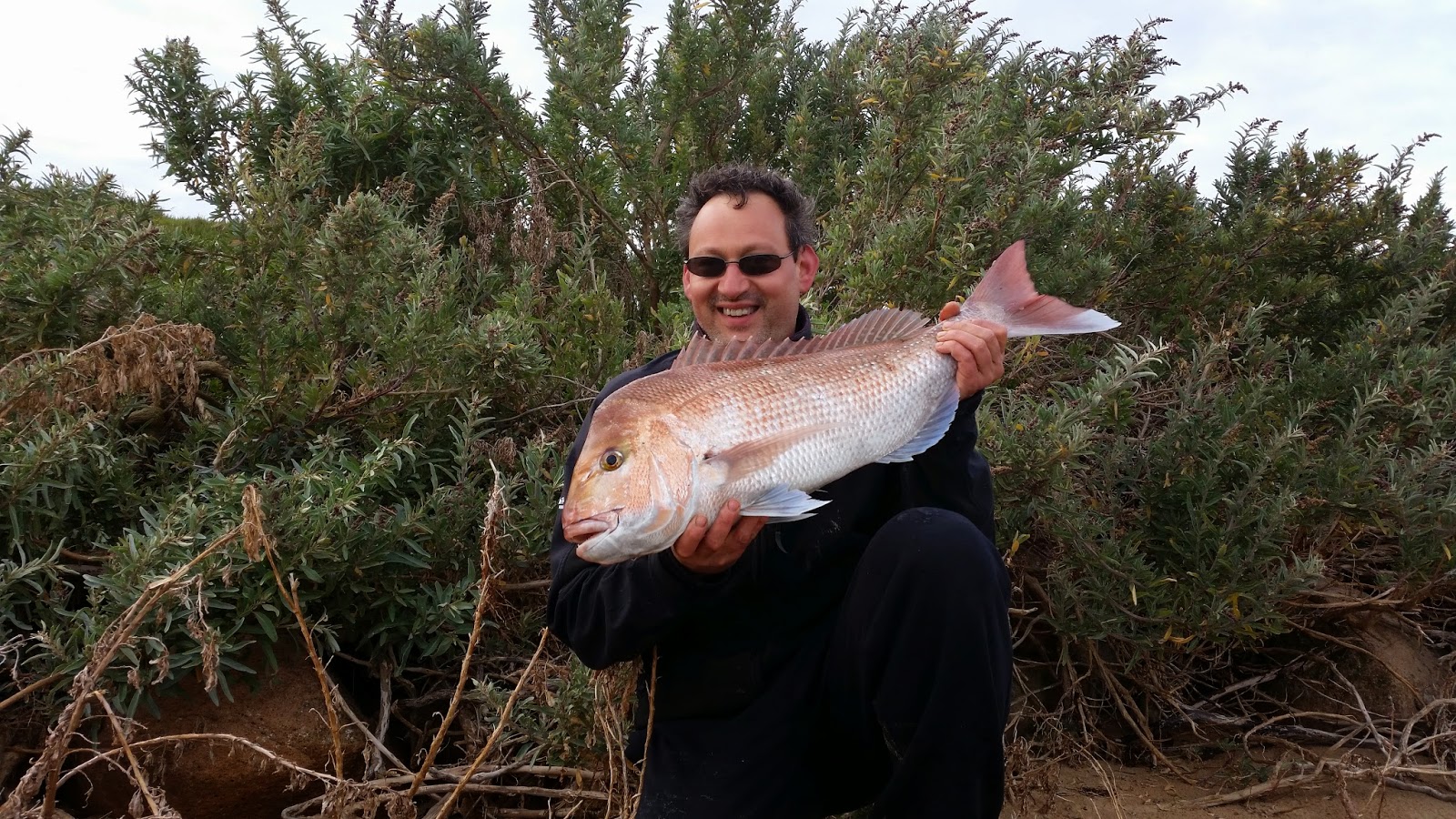 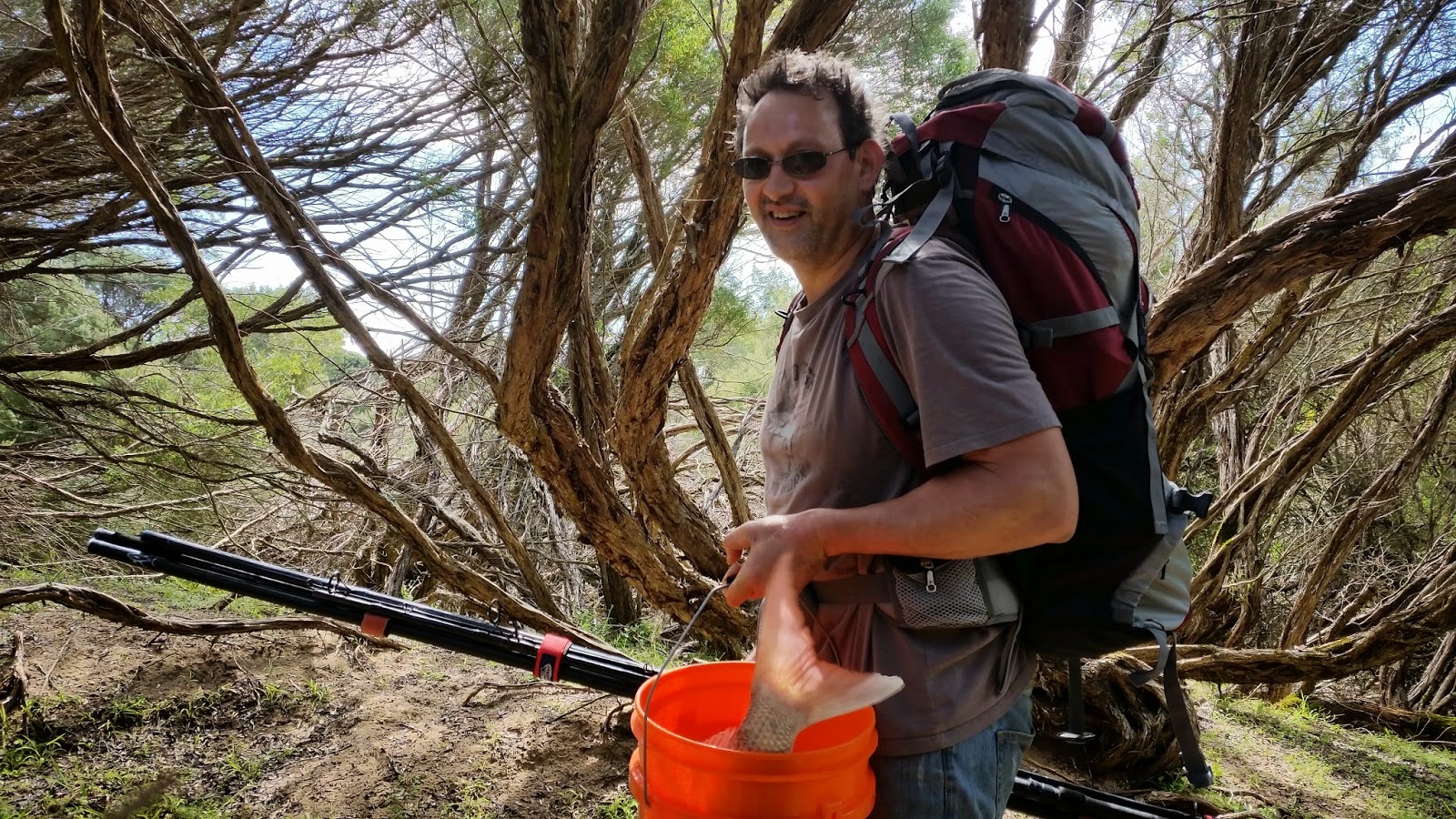 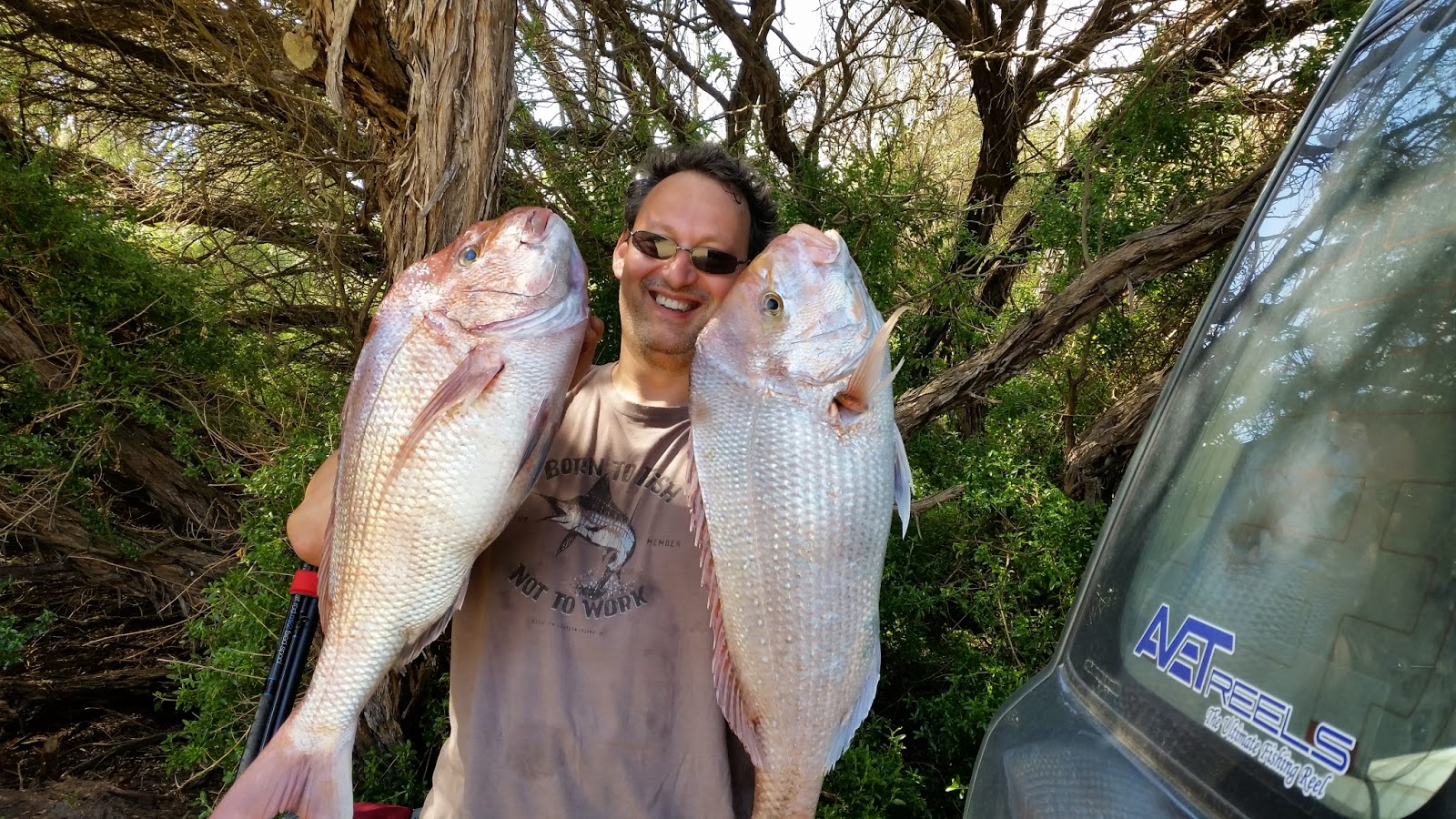 Start of October the wind was howling from the west for a few days and a few fish came in at the eastern side of the bay. to beat the crowds i slept in the car and got up at 4am and managed a nice pair of Snapper in the morning before heading to work. 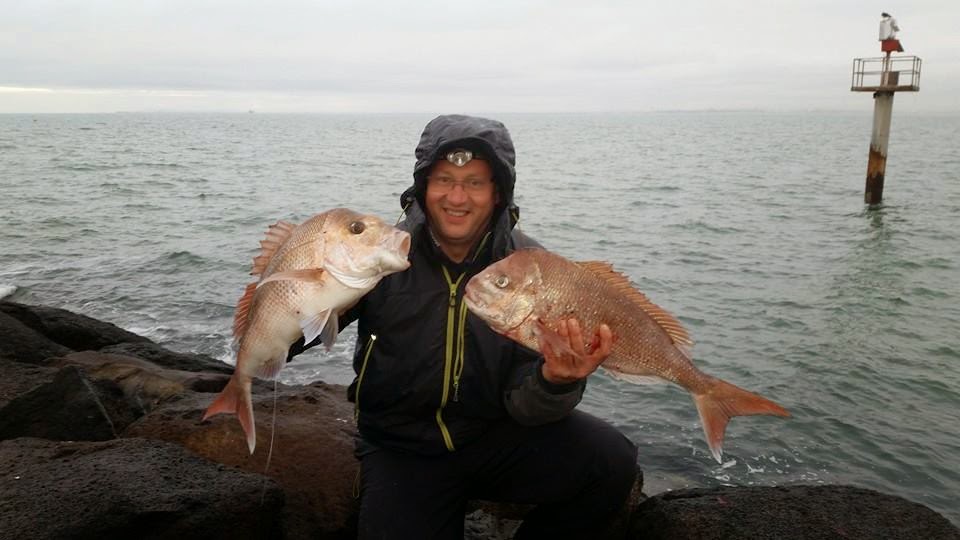 Then mid October i strapped on my old hiking boots again, hoping for some more Snapper action. 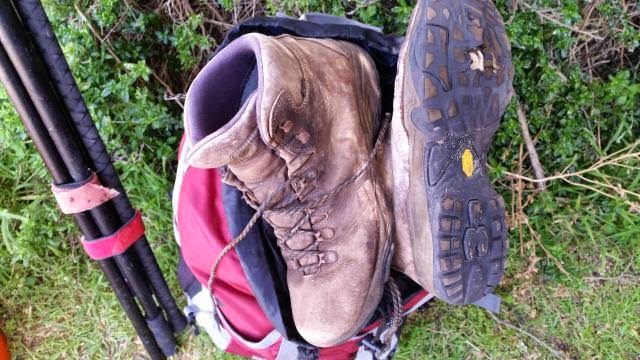 The weekend was amazing, with bags of Snapper on both days and another 2 nice fish released. Also another Seven Gill Shark grabbed the bait and needlefish. 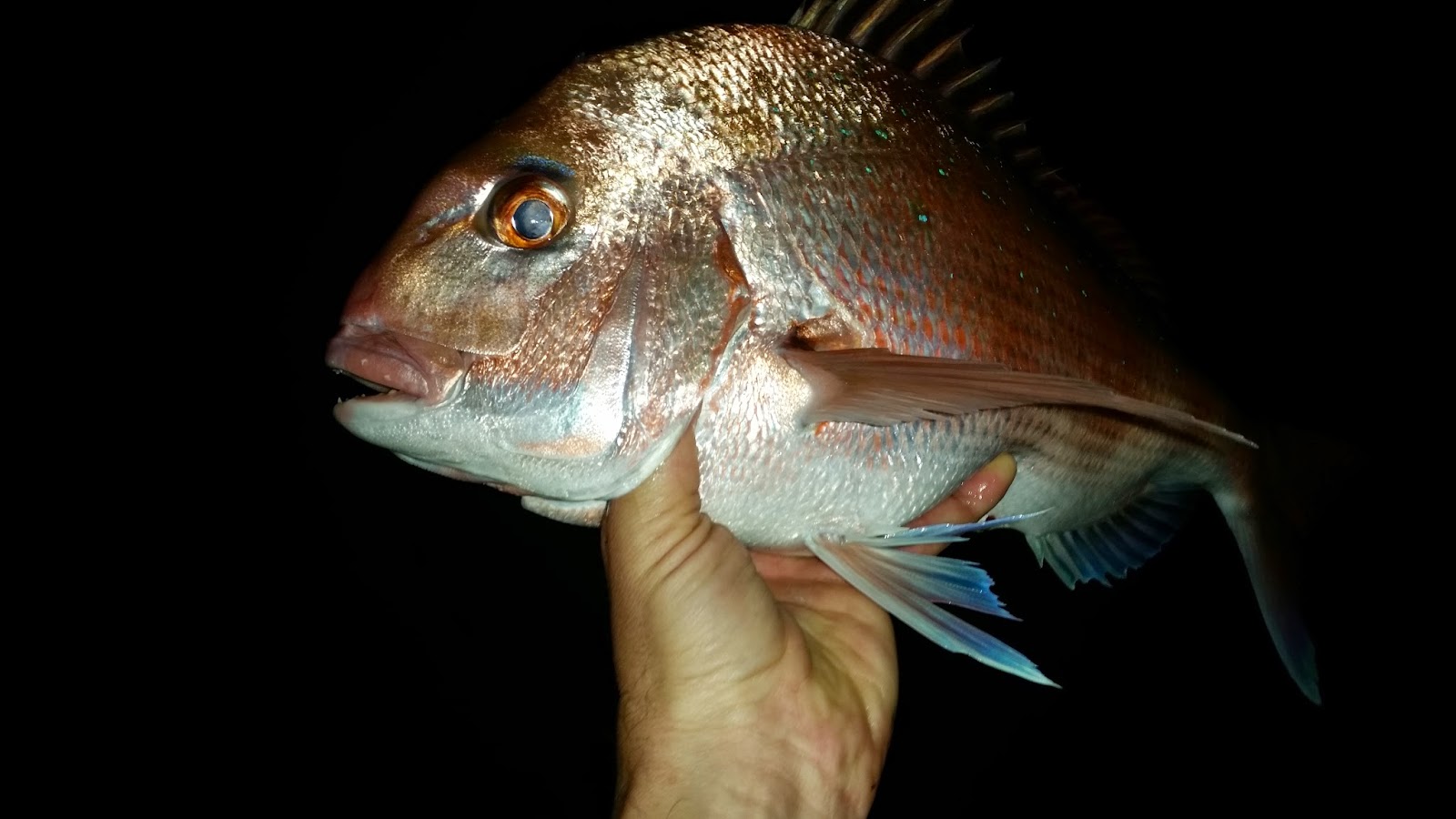 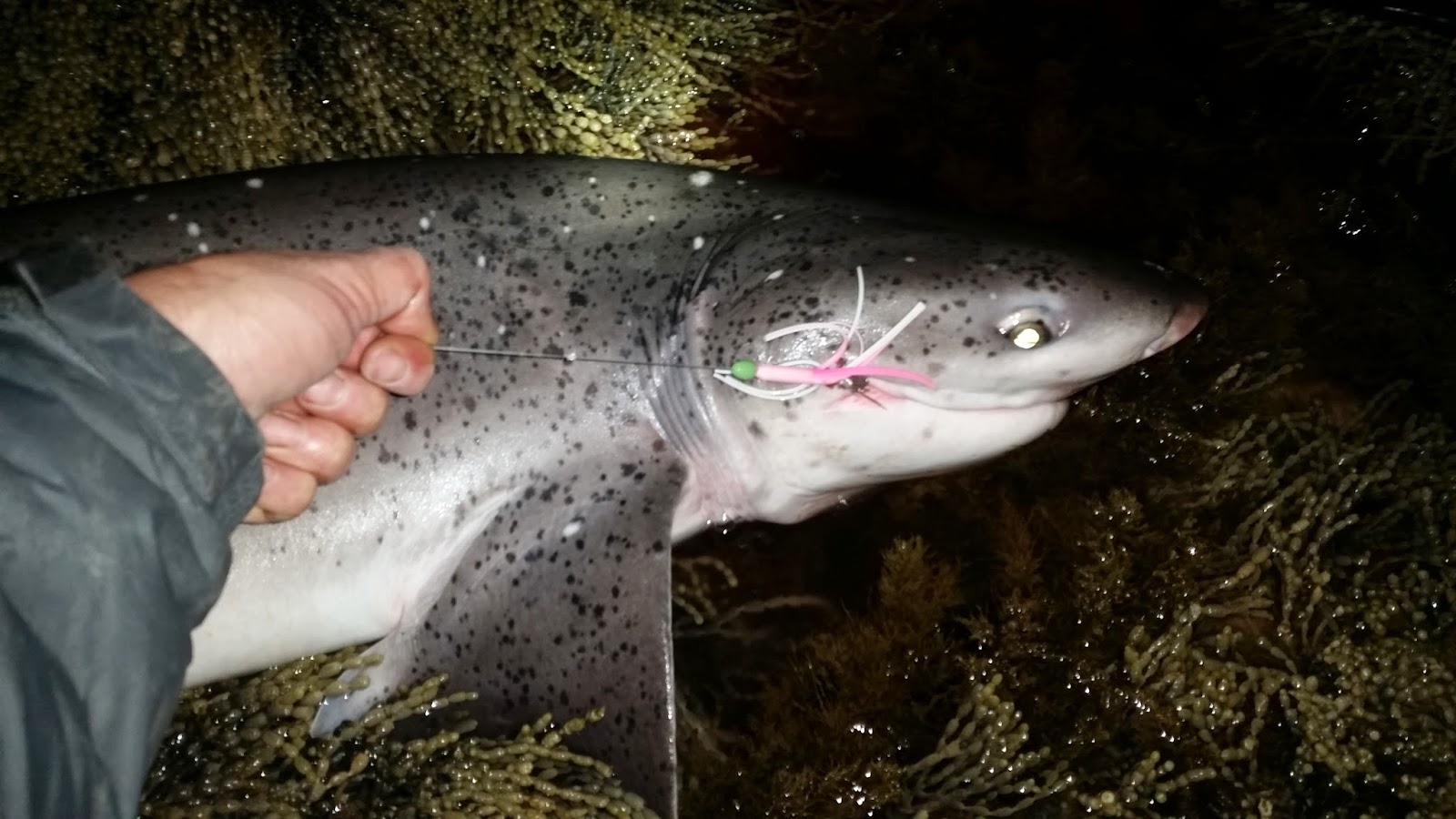 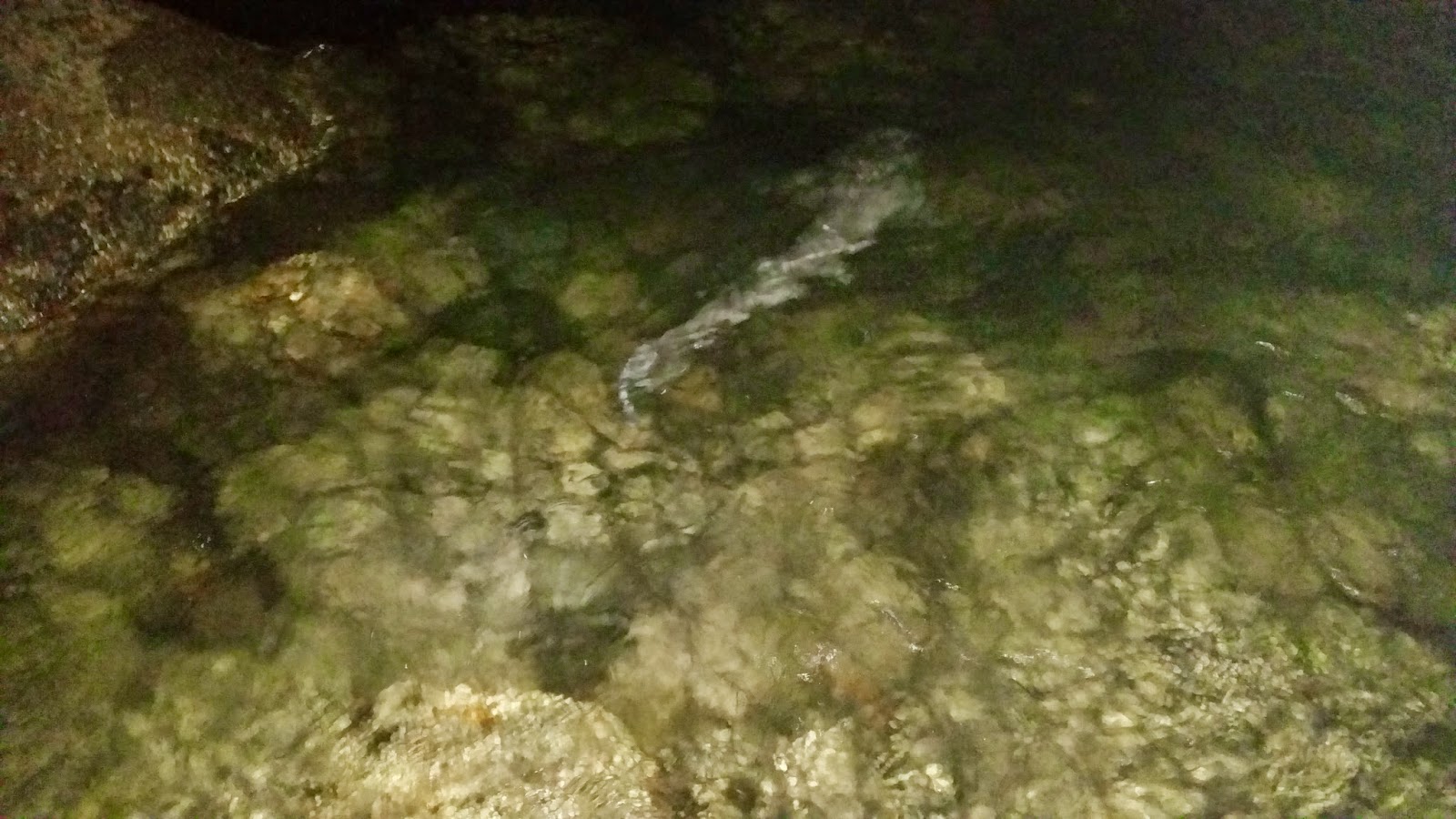 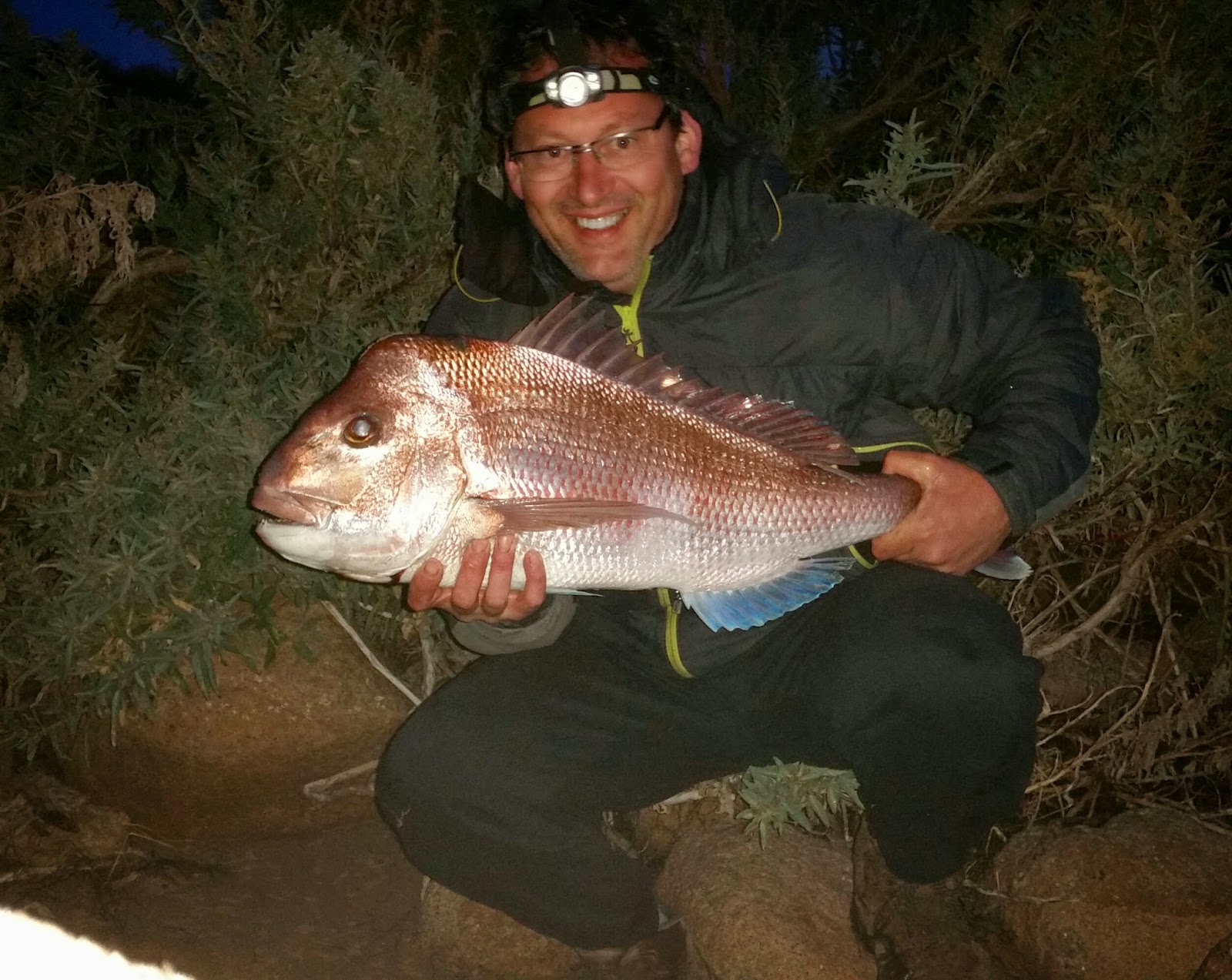 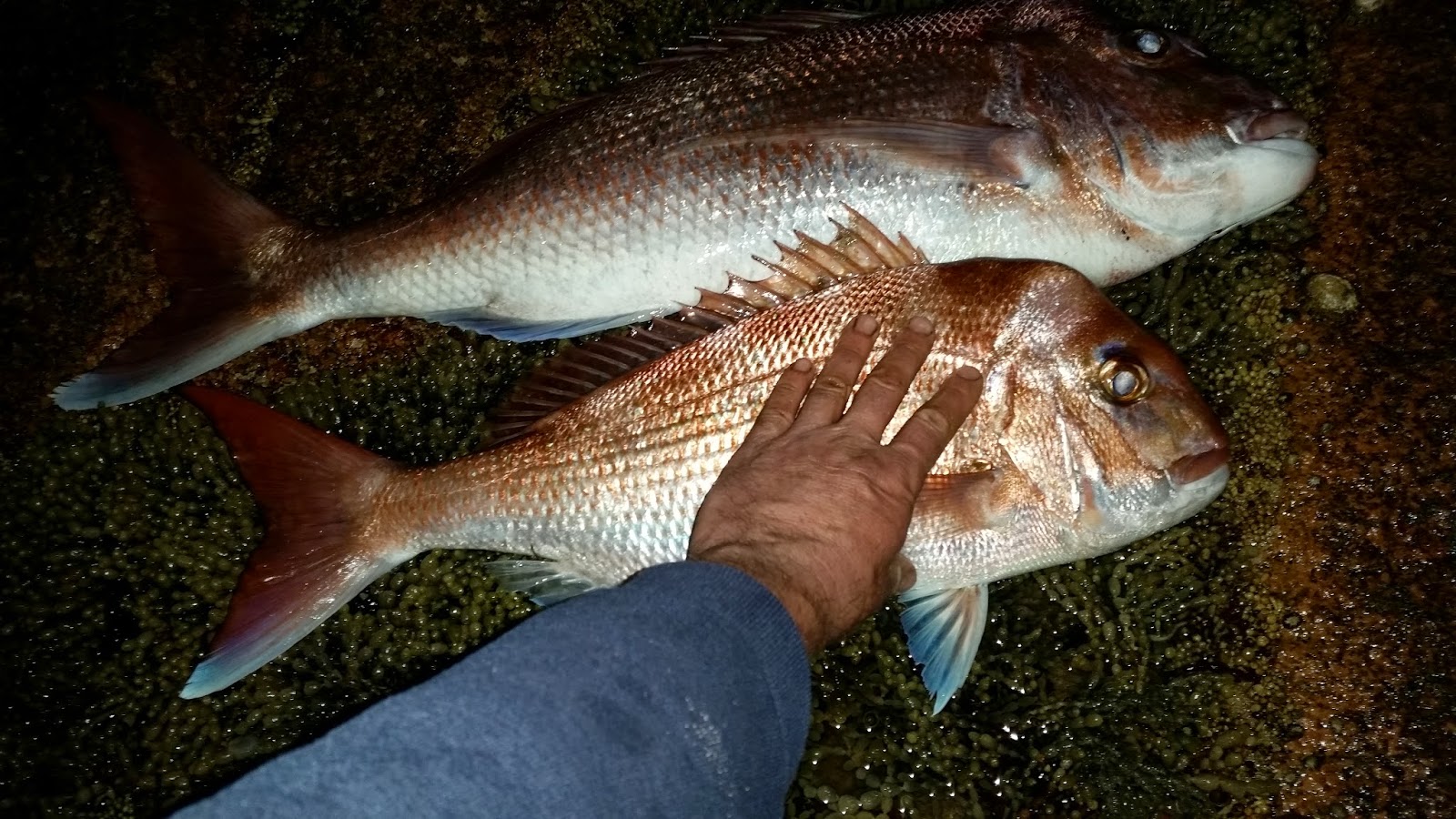 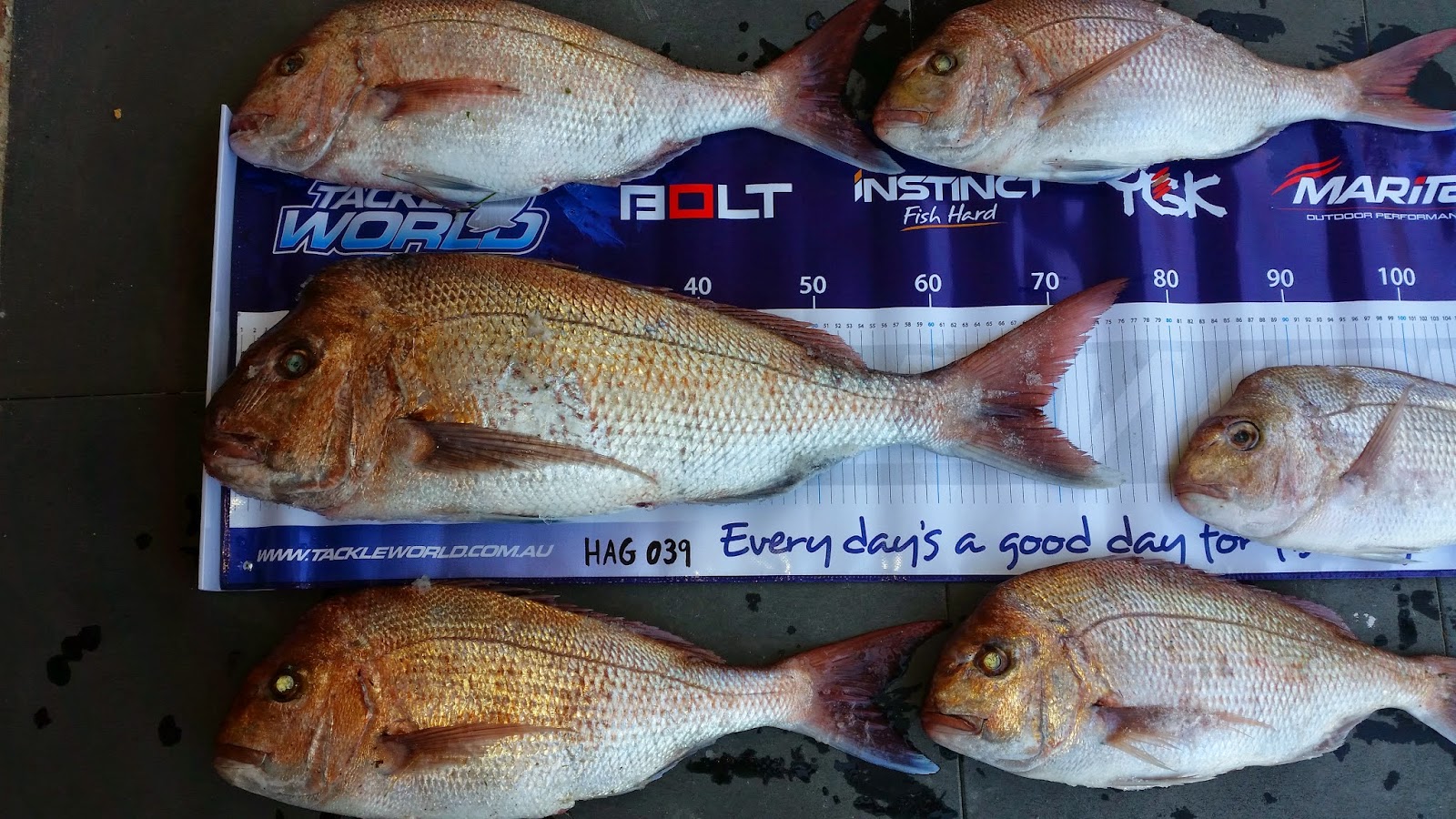 End of October i went again, armed with my new favourite rod, the Anyfish Anywhere Six & Bait and the new Akios Scora 80 and again i was lucky to land another 3 nice Snapper, with one released. 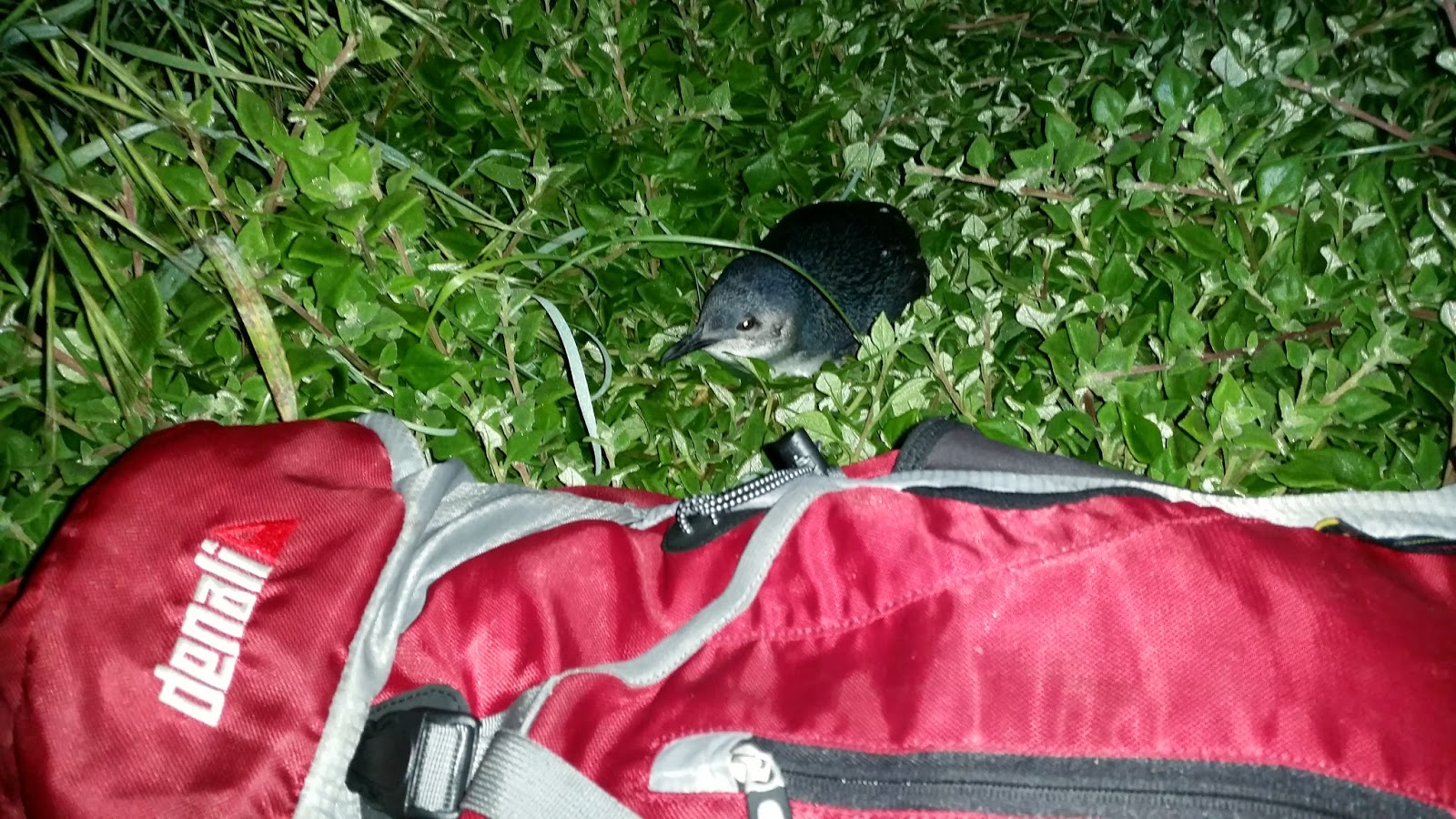 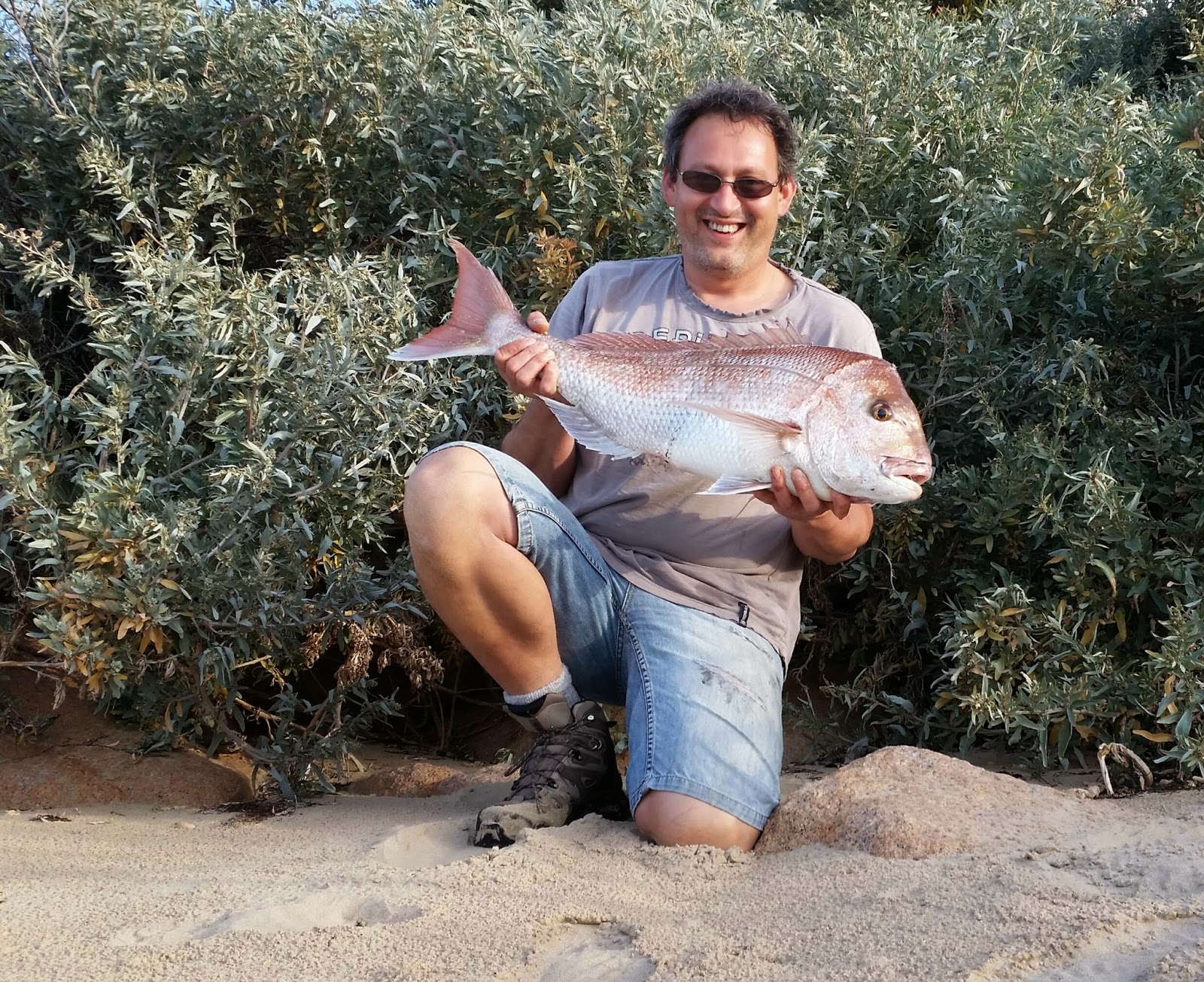 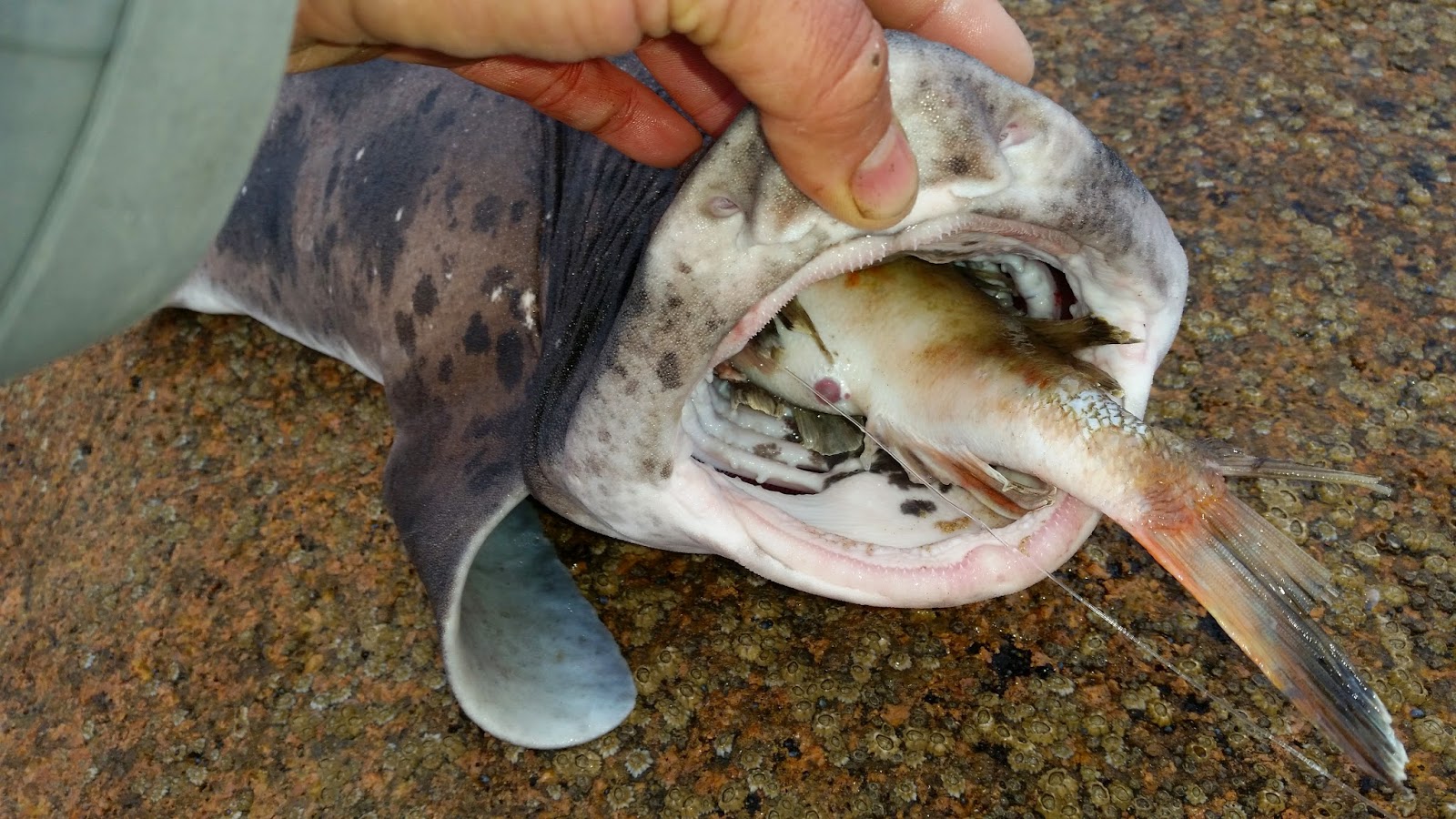 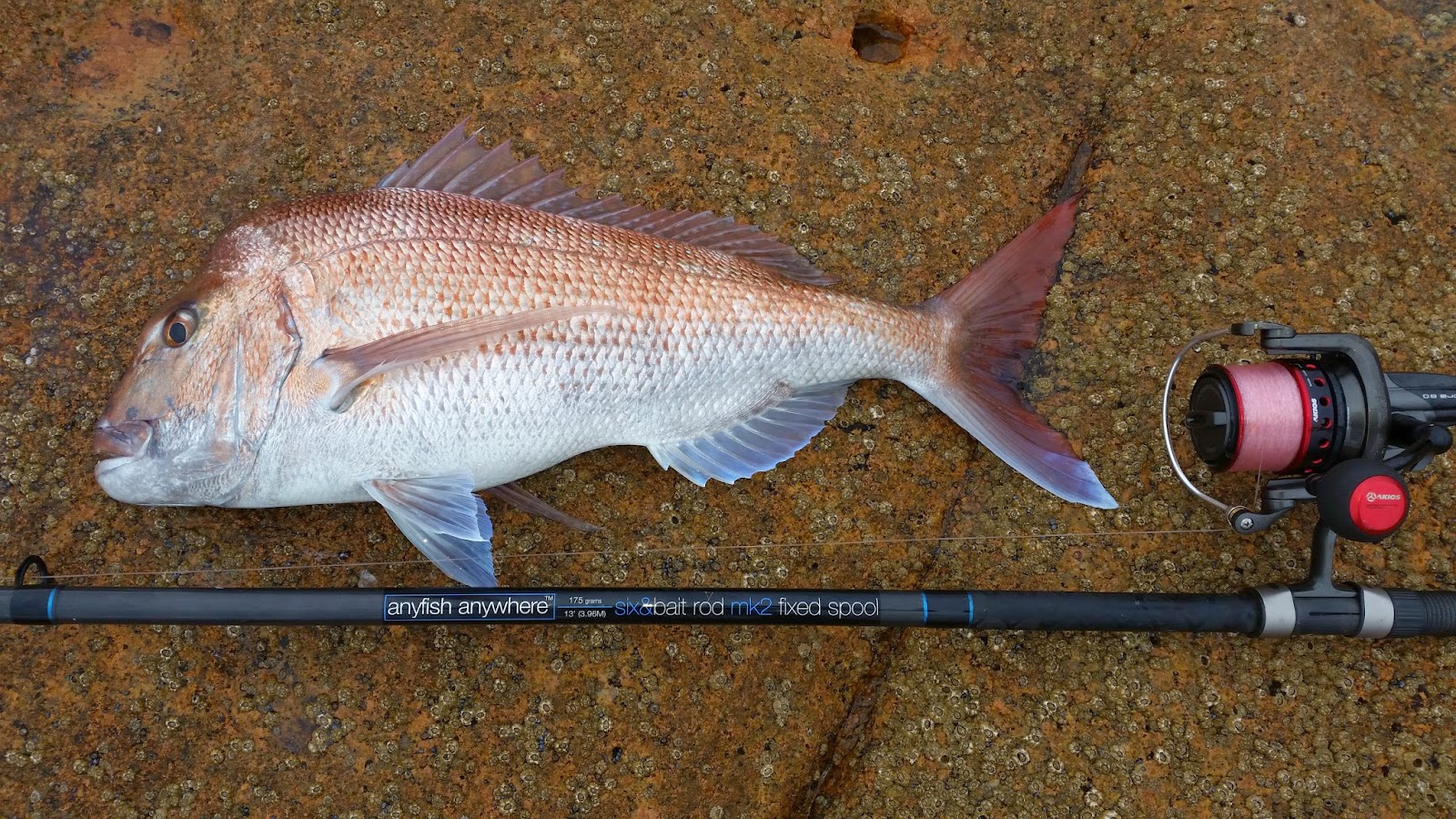 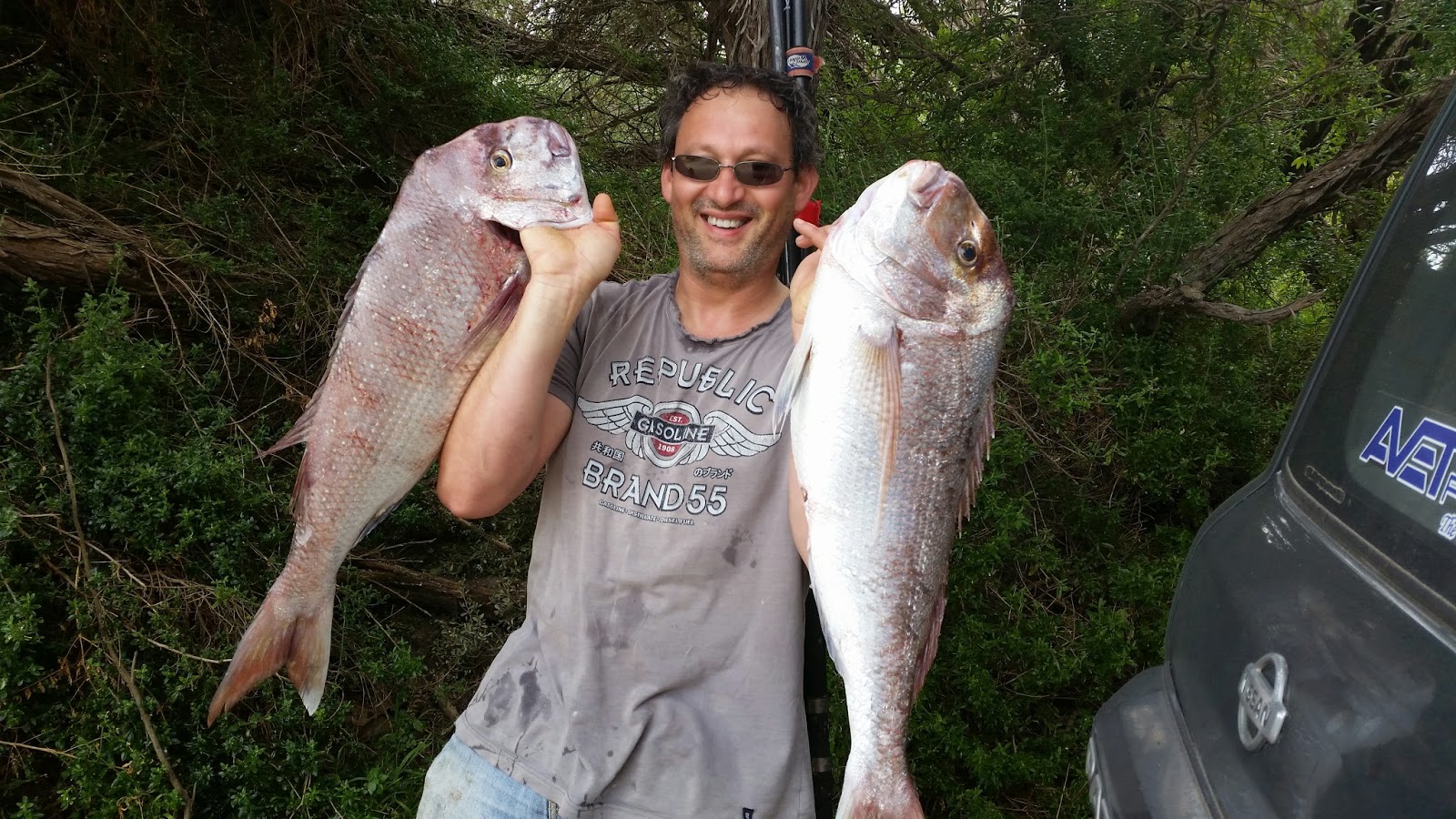 Start of November was the last trip with a small Snapper and Gummy and it was time to carry Snapper camp 2014 back to the car. What a great couple of months it's been and i very much enjoyed not only the fishing, but also the solitude of camping out in the bush. 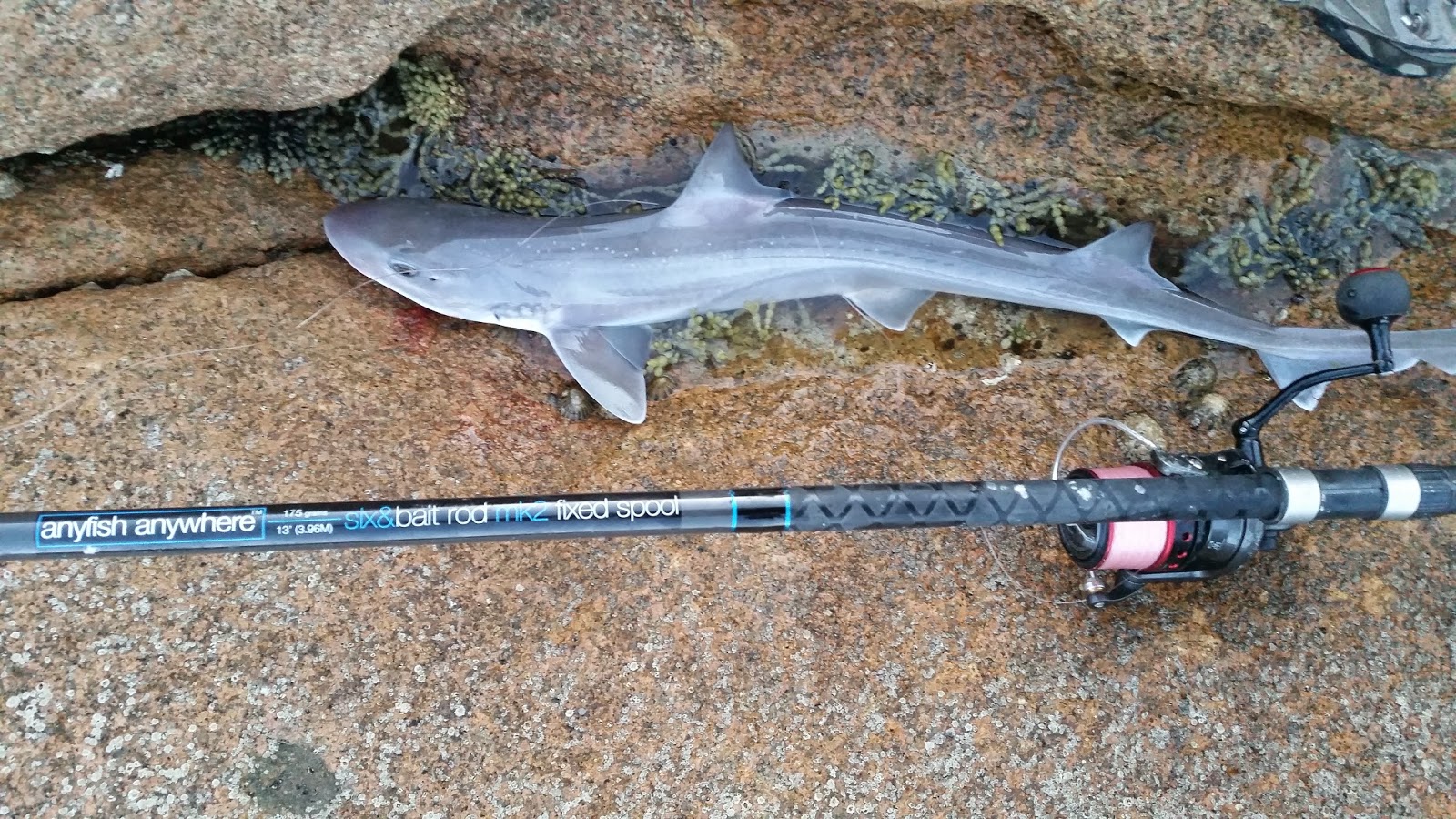 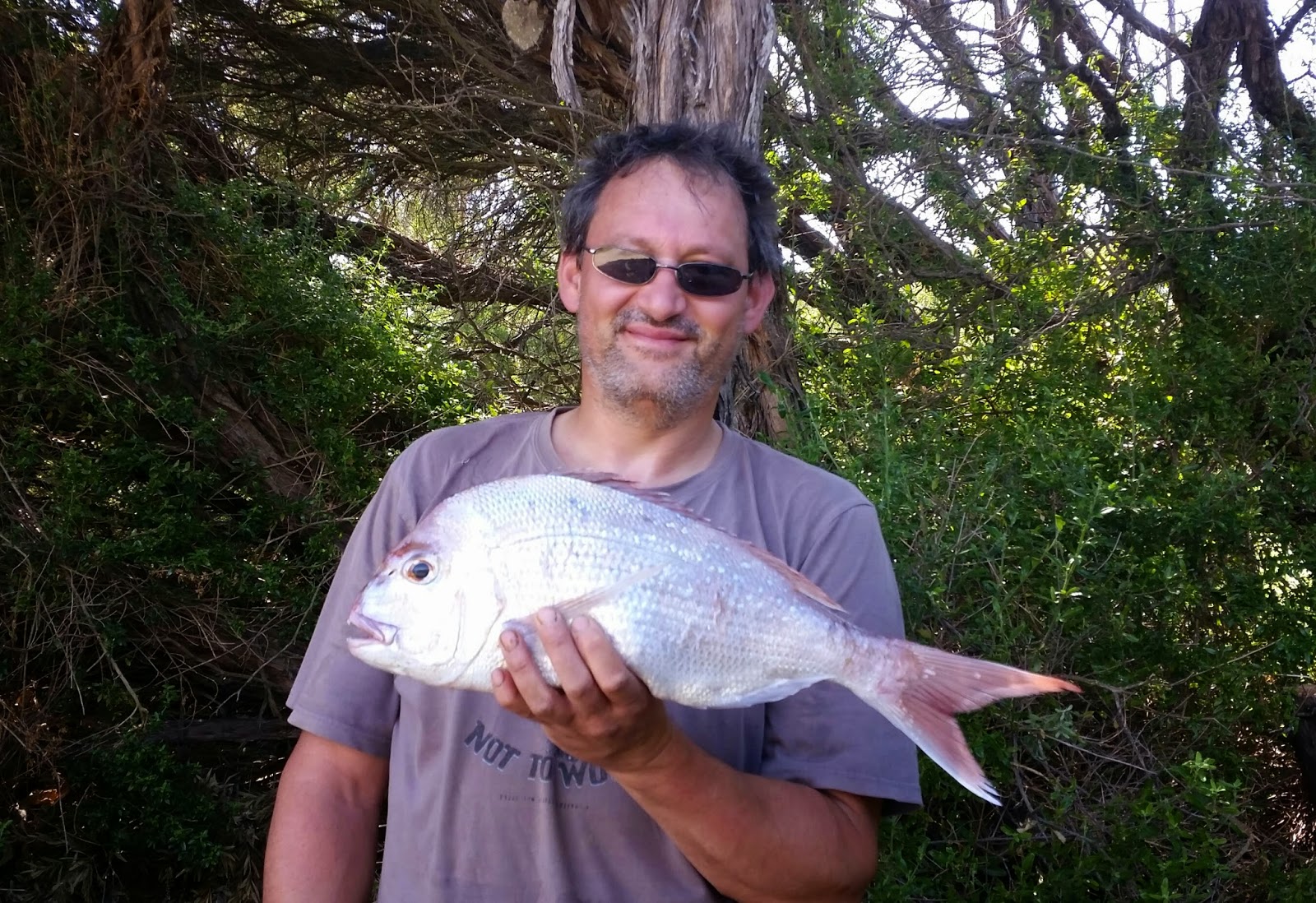 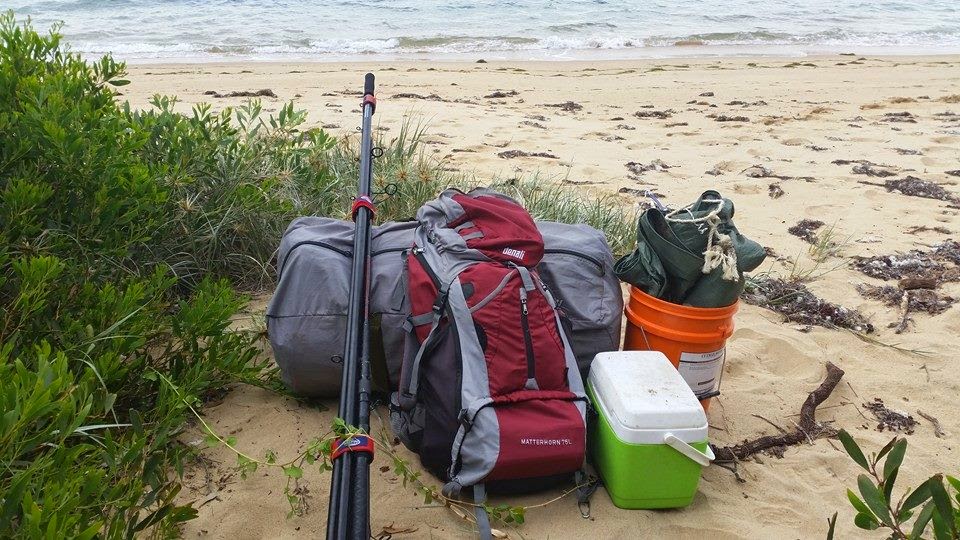 The gear used this season was the 13ft Anyfish Anywhere Six & Bait with the Akios Scora 80 reel with long cast spool. I also fished pulley rigs with our new Busted Pulley Beads and the grip leads we sell in our store, plus on the shorter casts i still fish my Ducks Nuts sliding rigs.
The Needlefish from New Zealand also got a good workout and worked very well as an attractor with bait.