2014 will be remembered by many as the best LBG Marlin season in history. For myself it was bitter sweet as my only hookup left an empty feeling once again. My fish took the live Slimie Mackerel bait slowly and after almost a minute i hit it hard and came up solid. I thought this was the moment i been waiting for and when the Marlin launched in the air my heart missed a few beats. The feeling is hard to describe as there is so much hope that all the fishless days and preparation might finally pay off. 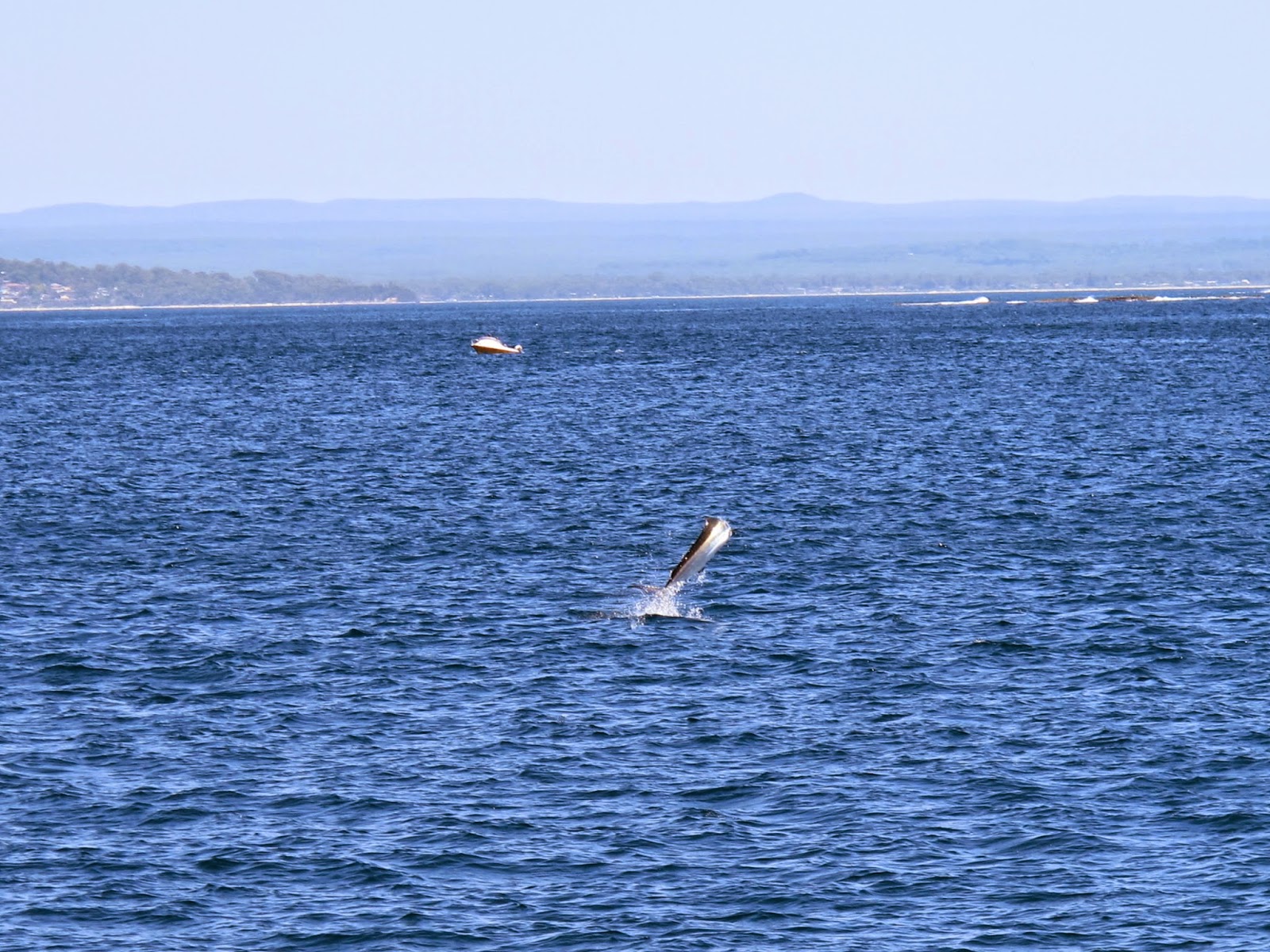 Needless to say i was shattered when the hook pulled. Upon closer inspection we saw the point of the Seamaster 7/0 was slightly bent, suggesting it might have been hooked in the bill. With LBG Marlin fishing there is such a fine line between tears and triumph and over the next ten days i was lucky to witness some of the best LBG marlin fishing possible. Some guys spent years and even decades of hardcore Marlin fishing from the rocks without success and it's quite something when somebody lands the fish dreams are made of.

My mate Adem Latifoglu and myself were lucky to get a good spot for 10days as it gets quite busy. Our tarp was up and our pool was full of bait. Adem was staring at his balloon first thing in the morning, wondering if today could be his day. But for Adem it wasn't meant to be either. 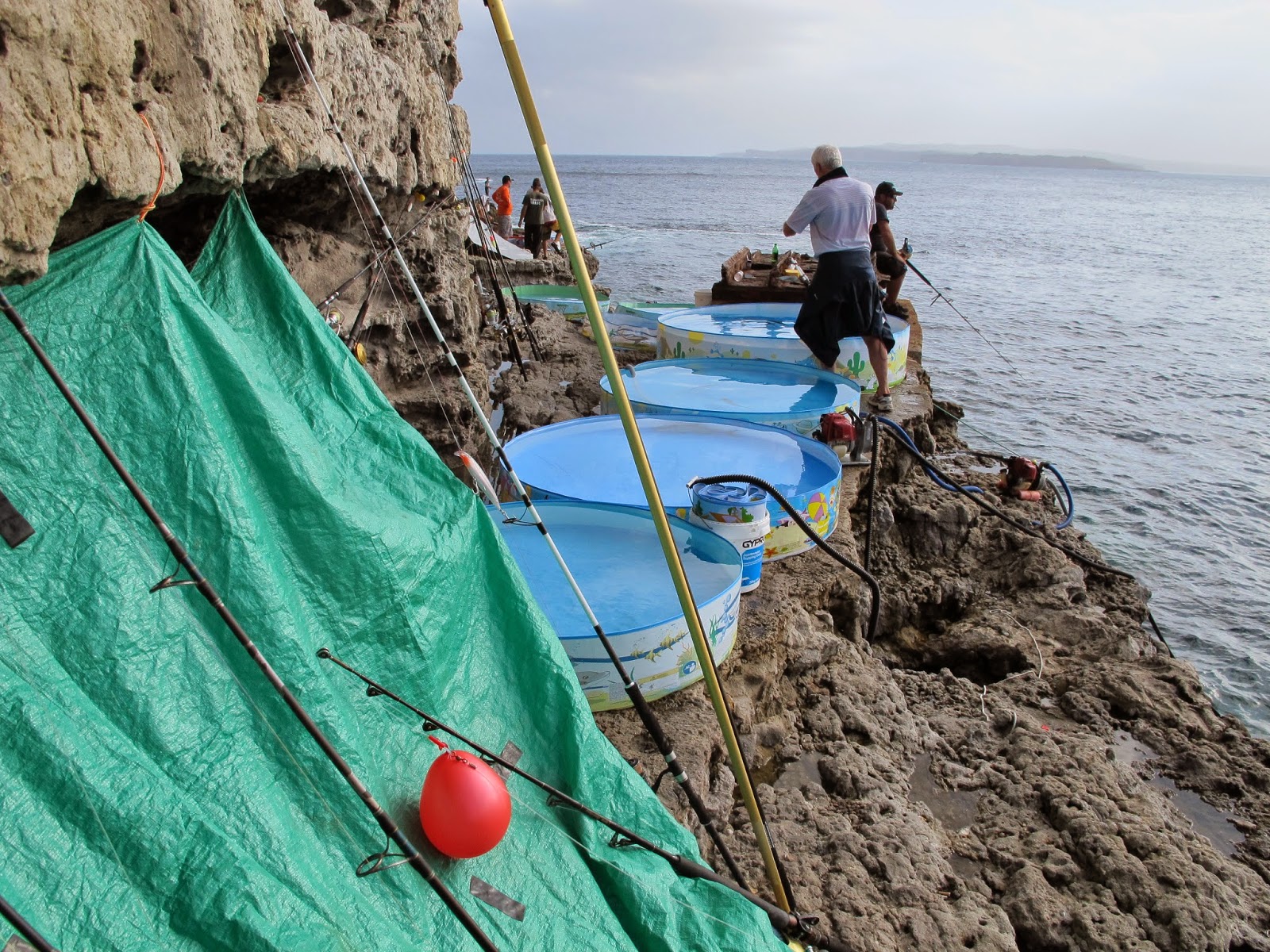 On the second day Nathaniel's reel went off and the marlin whisperer was on once again. His fish provided some spectacular aerial acrobatics and a great tail walk which is very surreal to watch as you stand on a rock. 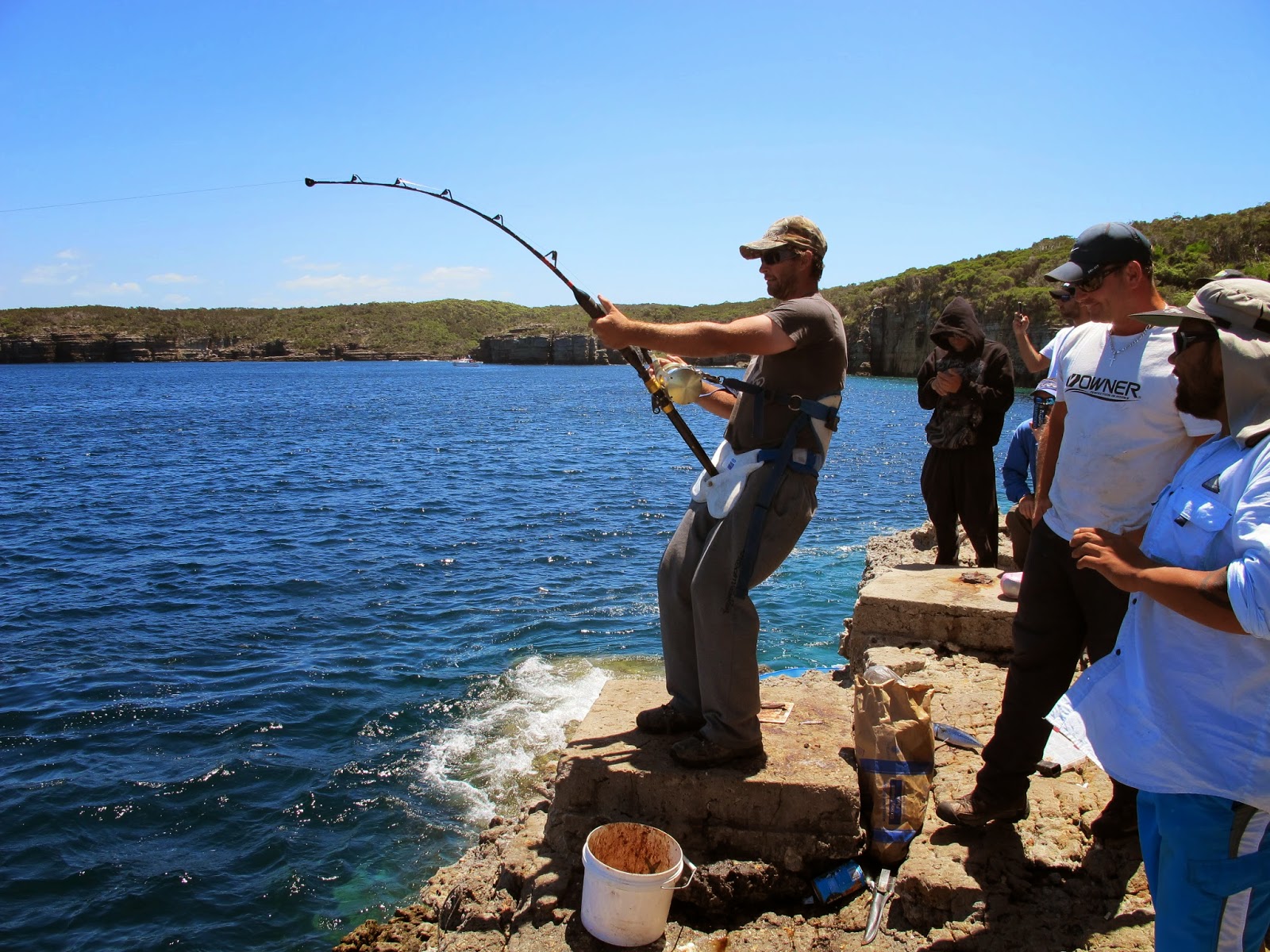 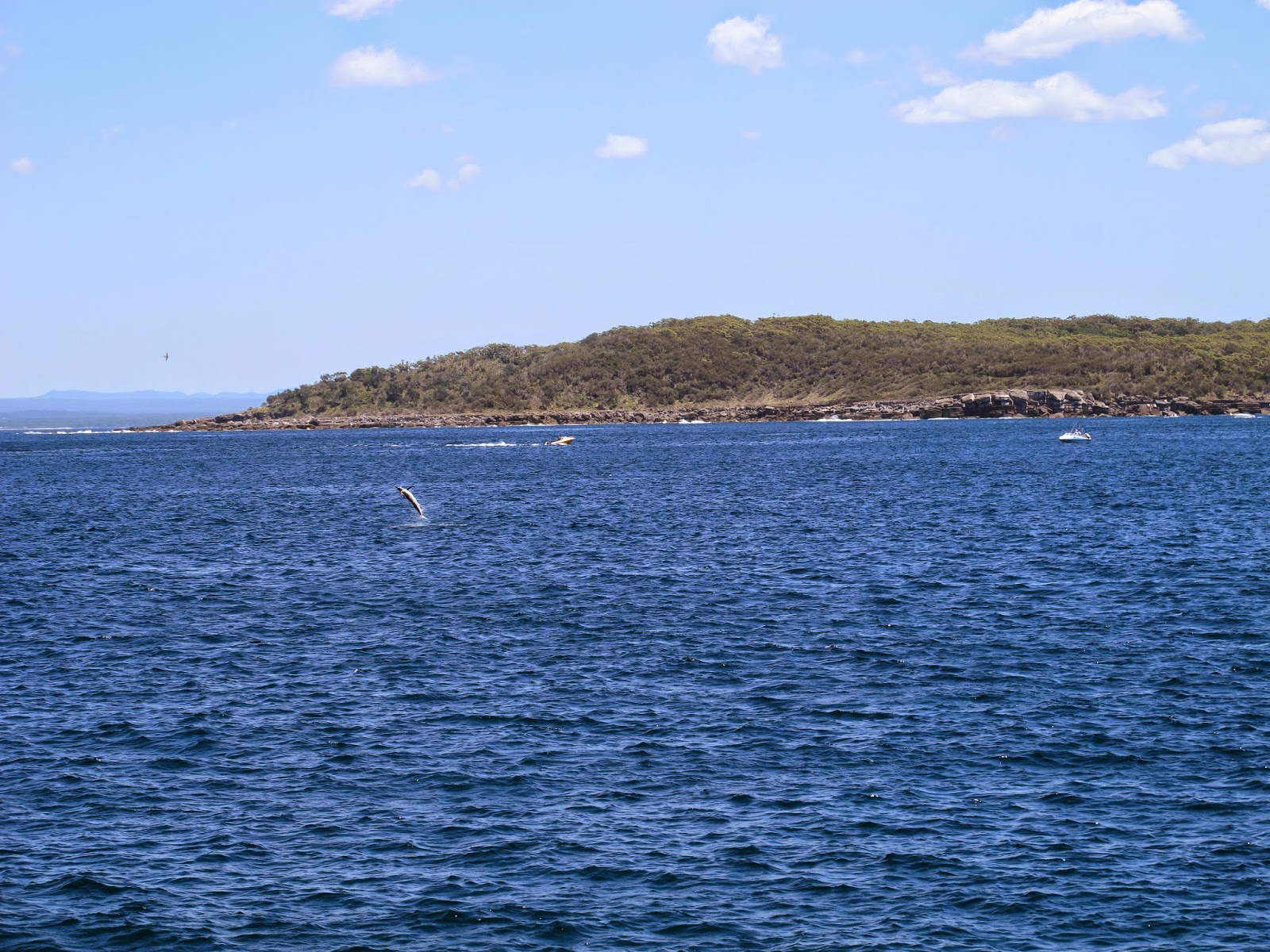 Nathaniel made short work of this fish and it was in perfect condition for release. Just as Jason was to cut the leader, the hook fell out and the Marlin swam off. What an awesome experience to see a land based Marlin released. 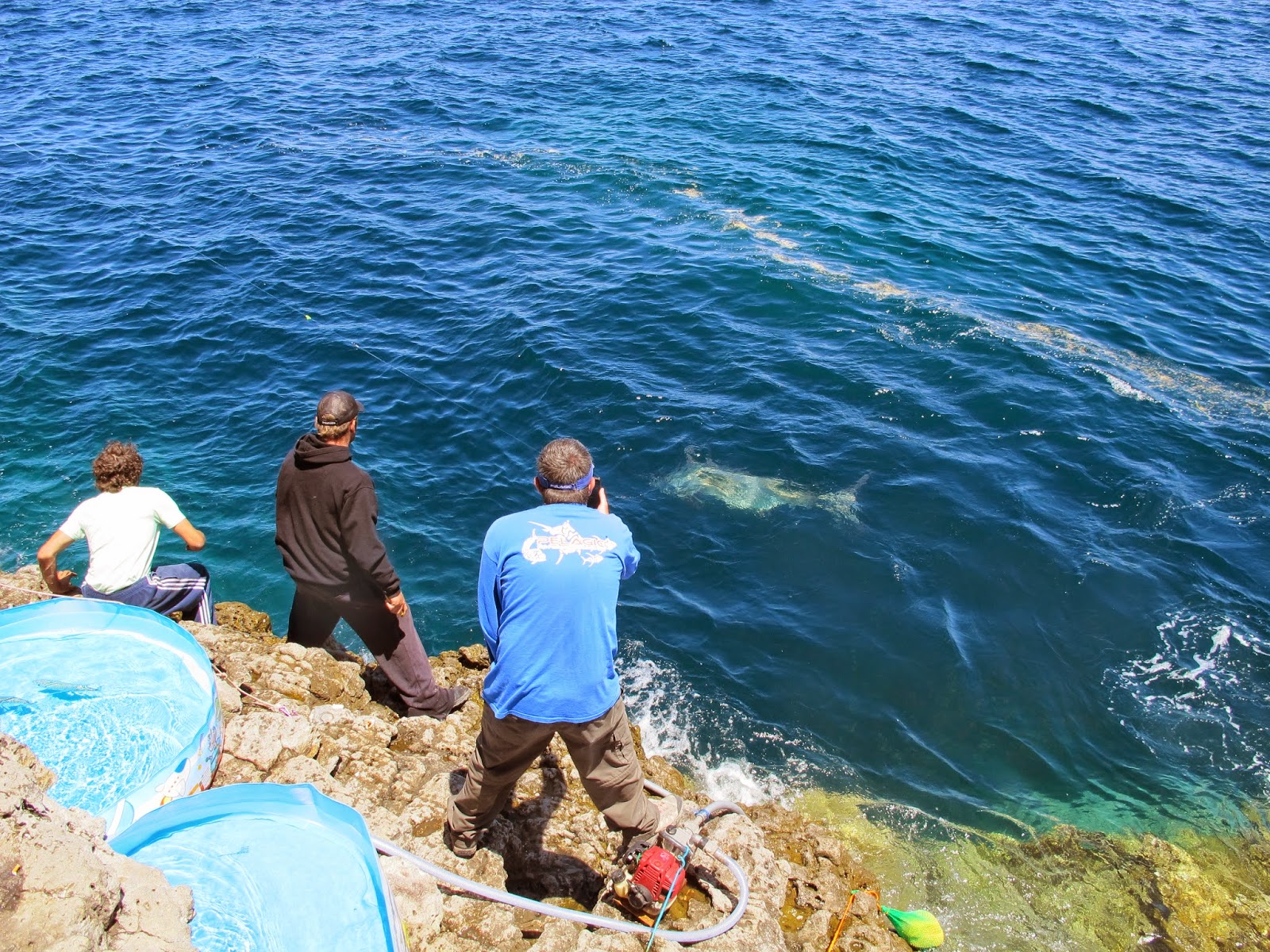 Just when i thought the day couldn't get much better, Jace The Ace hooked up on 15kg line. 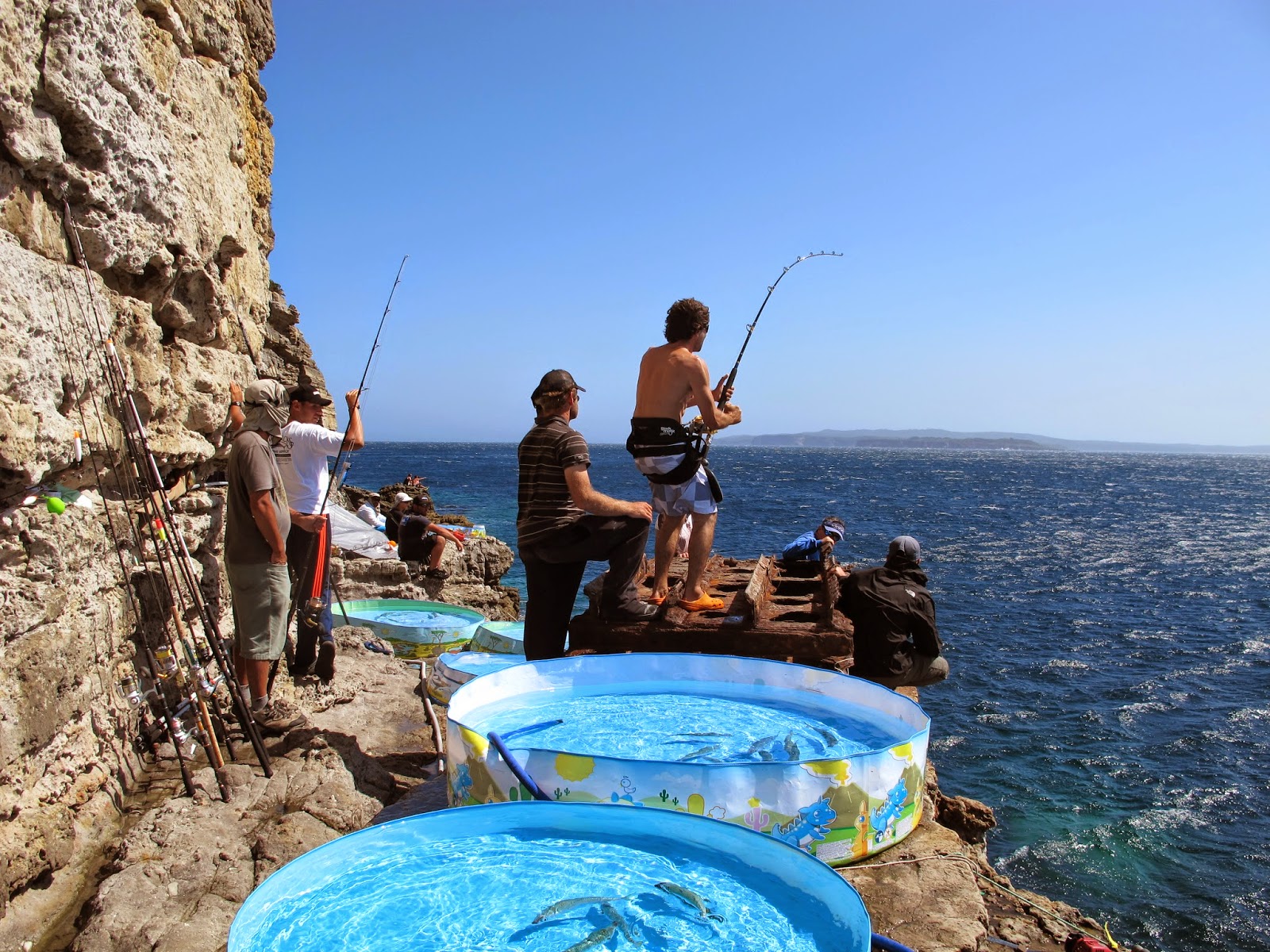 It was touch and go as the line came close to the rocks and another crew to the left almost gaffed the fish when he swam back out in the bay. After a great fight, the fish was eventually secured with a Busted Longtail Gaff. 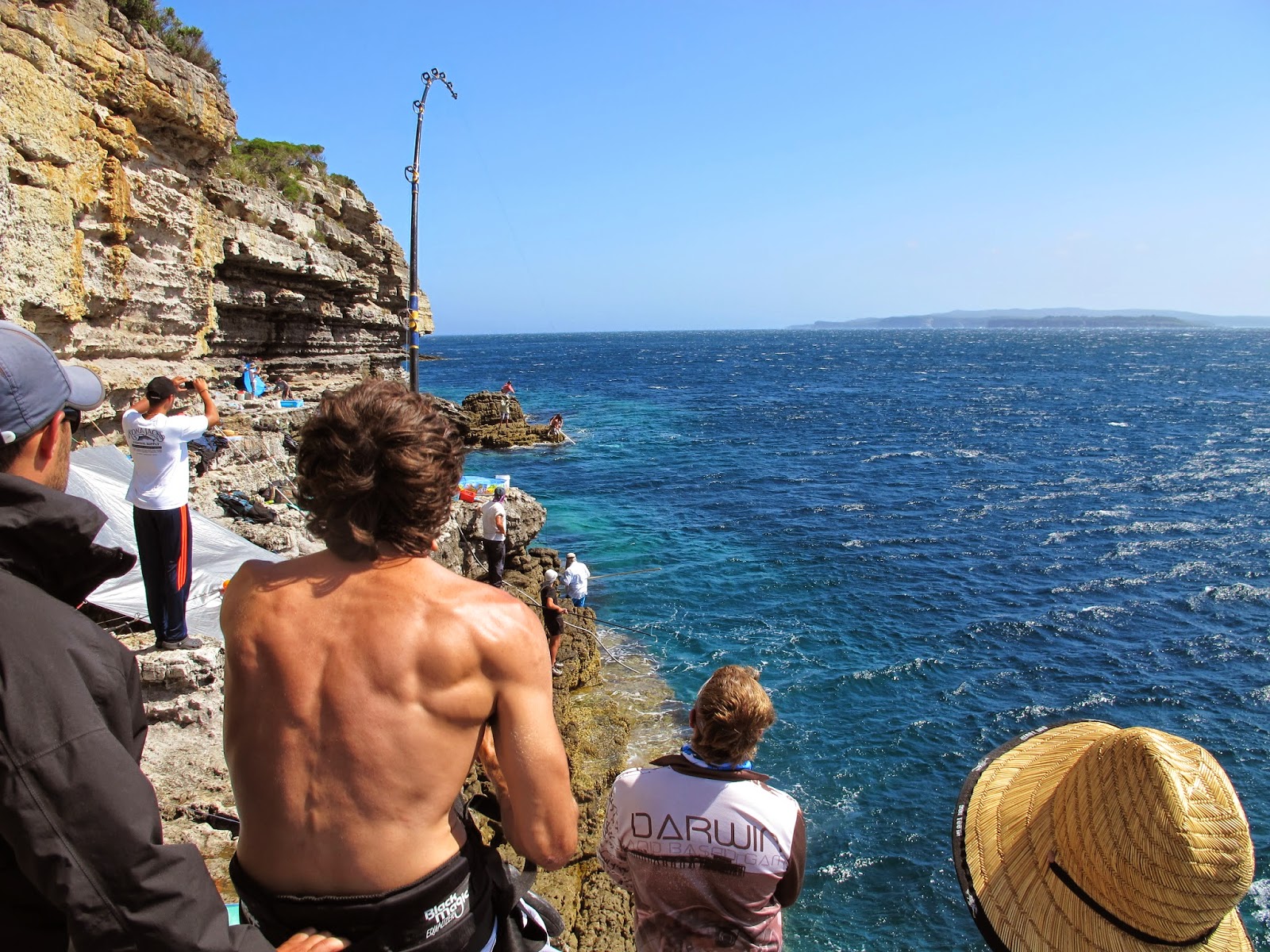 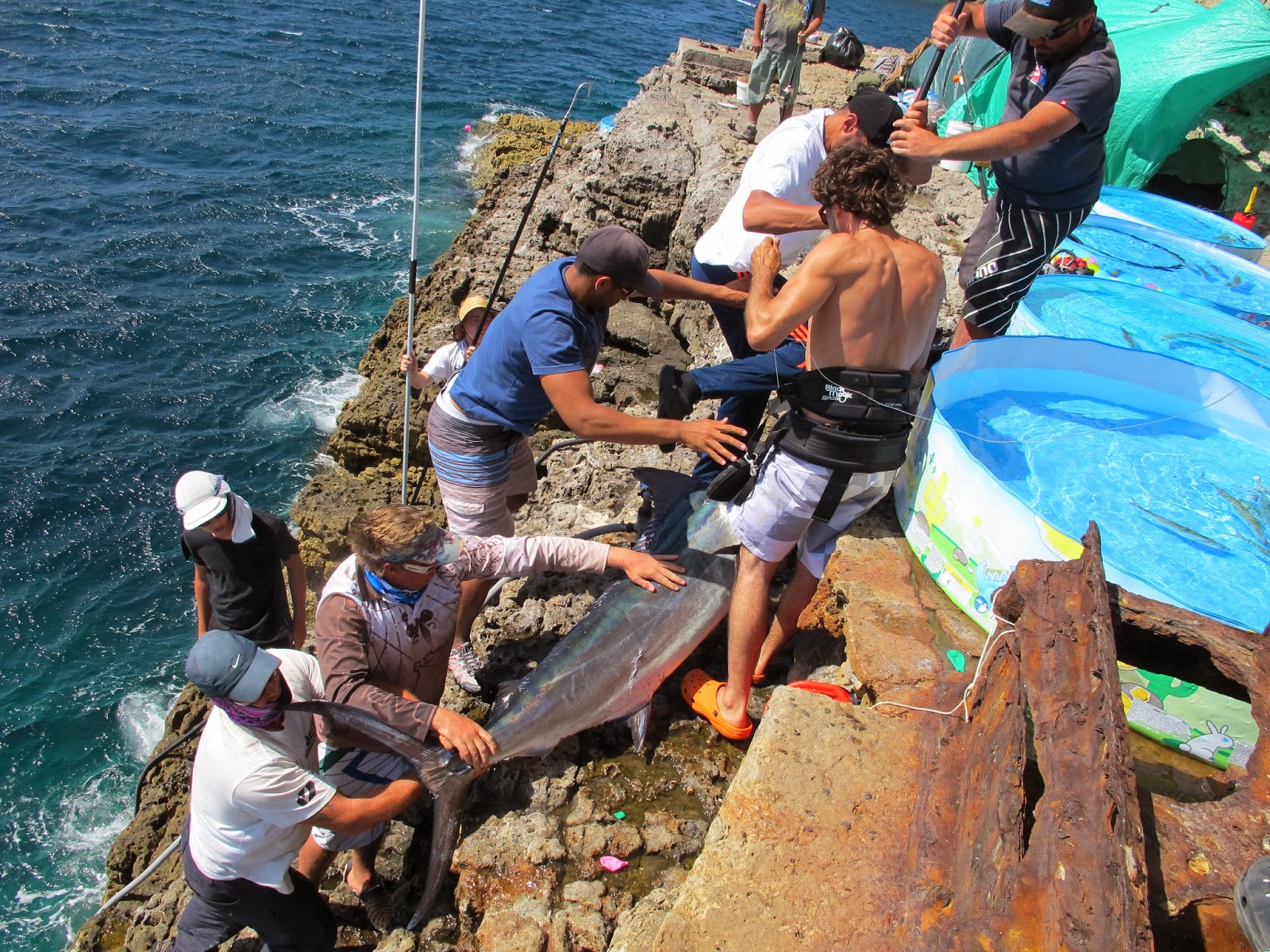 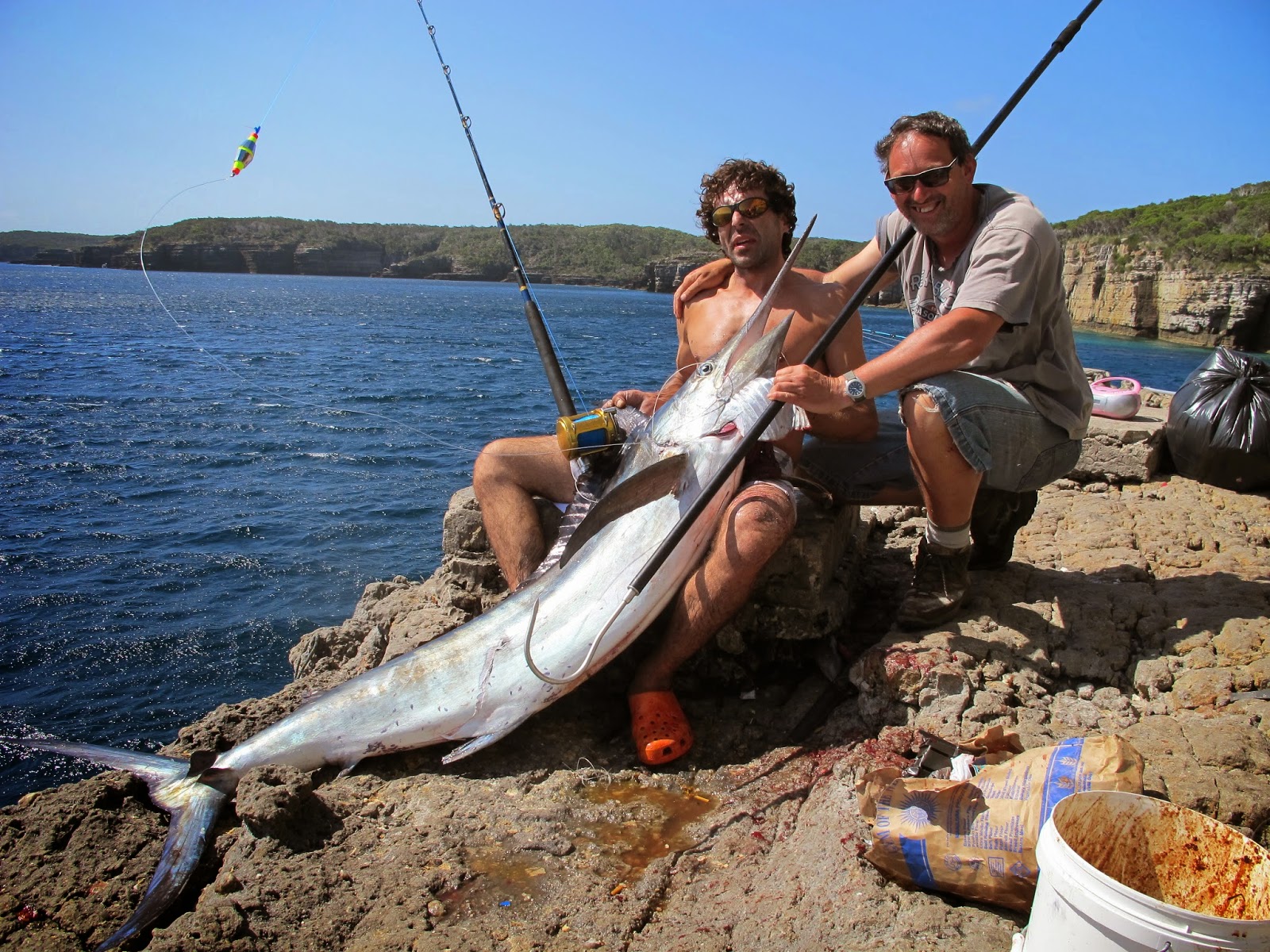 Landing the fish was only half the battle and Jason carried the Marlin on his back, up all the way to the car.
I'm sure he will remember this day for a long time and for all the right reasons. 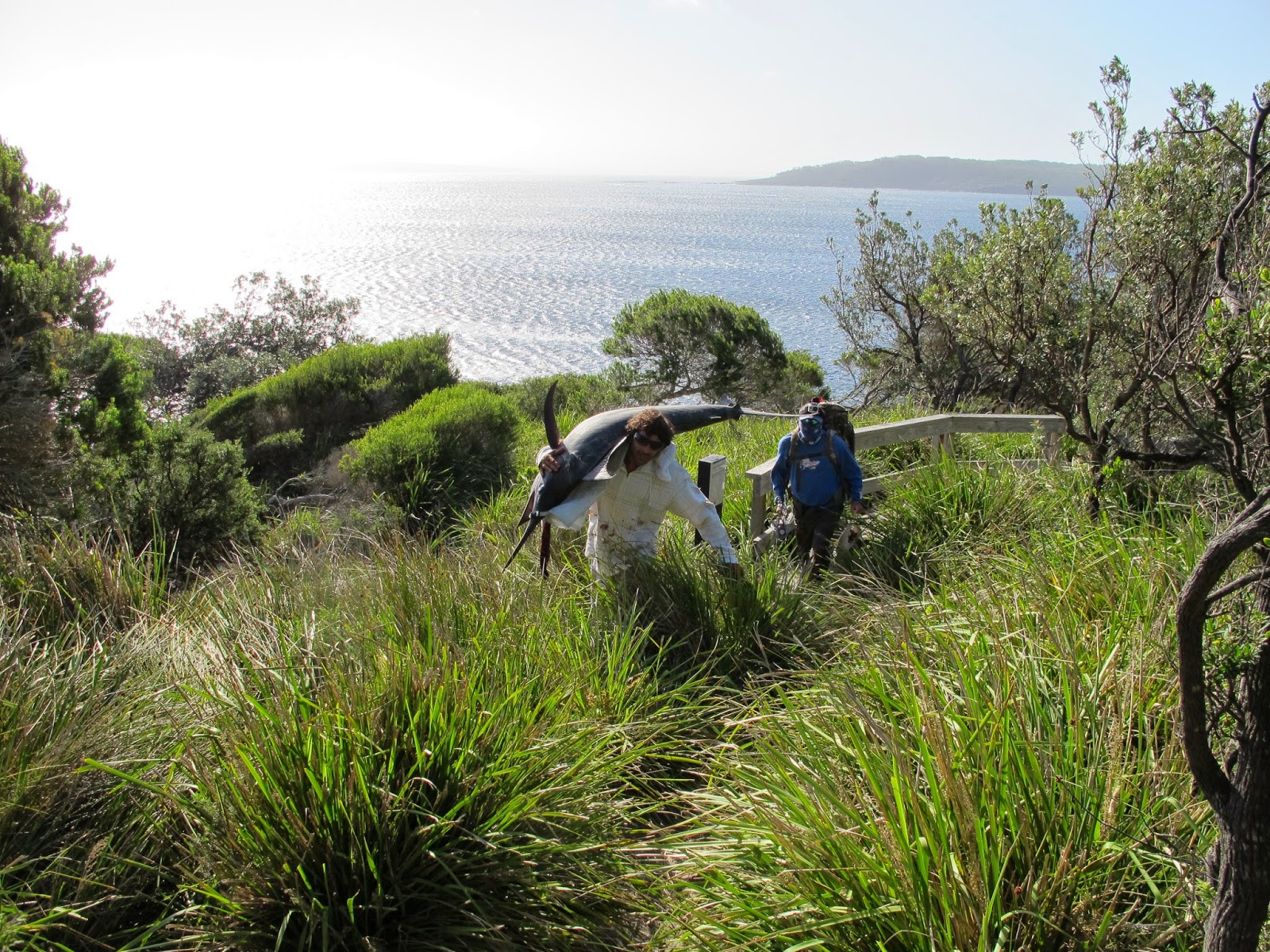 The Marlin madness continued the next day when Rami hooked up to a massive fish at the end of his line. 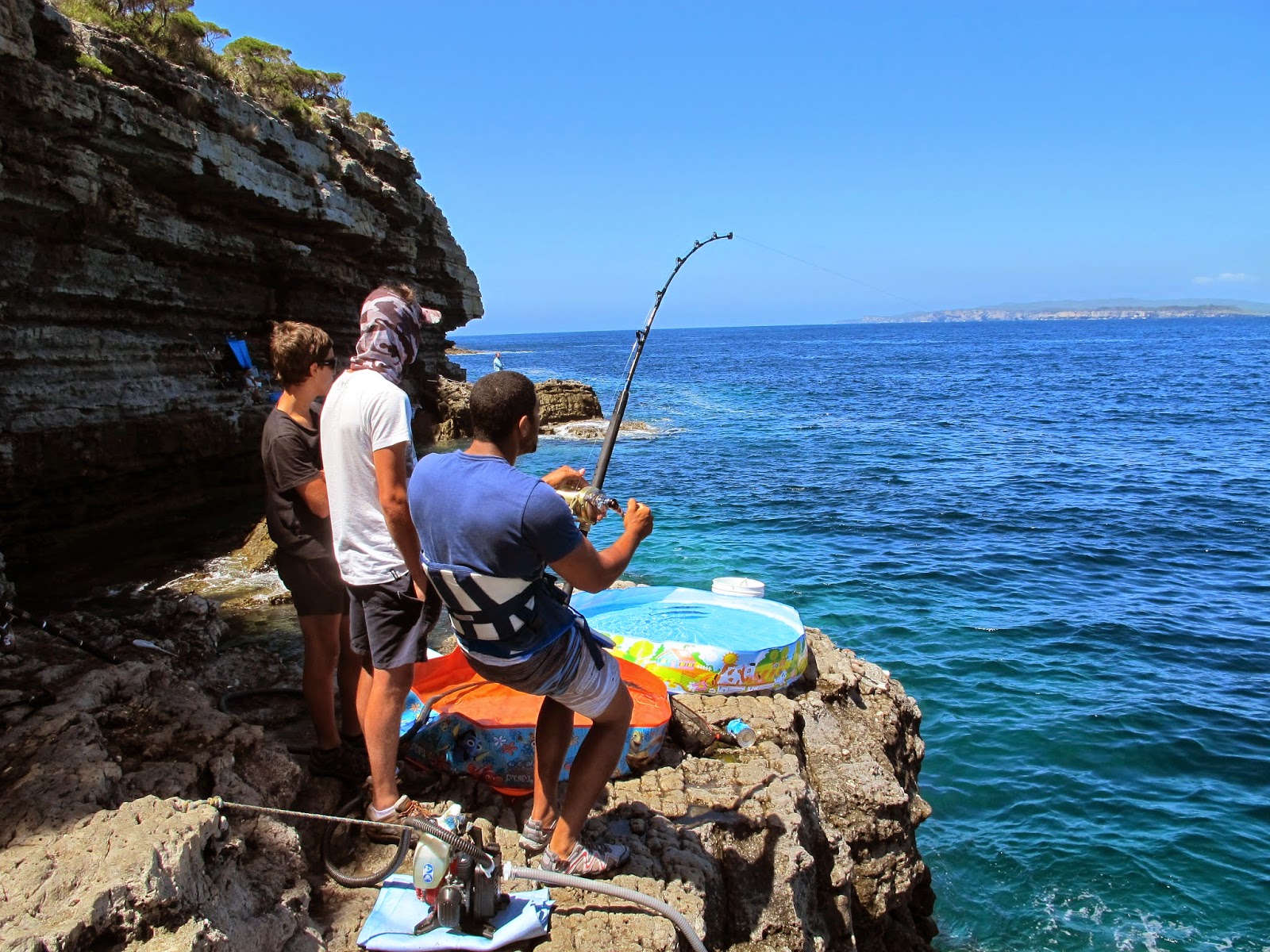 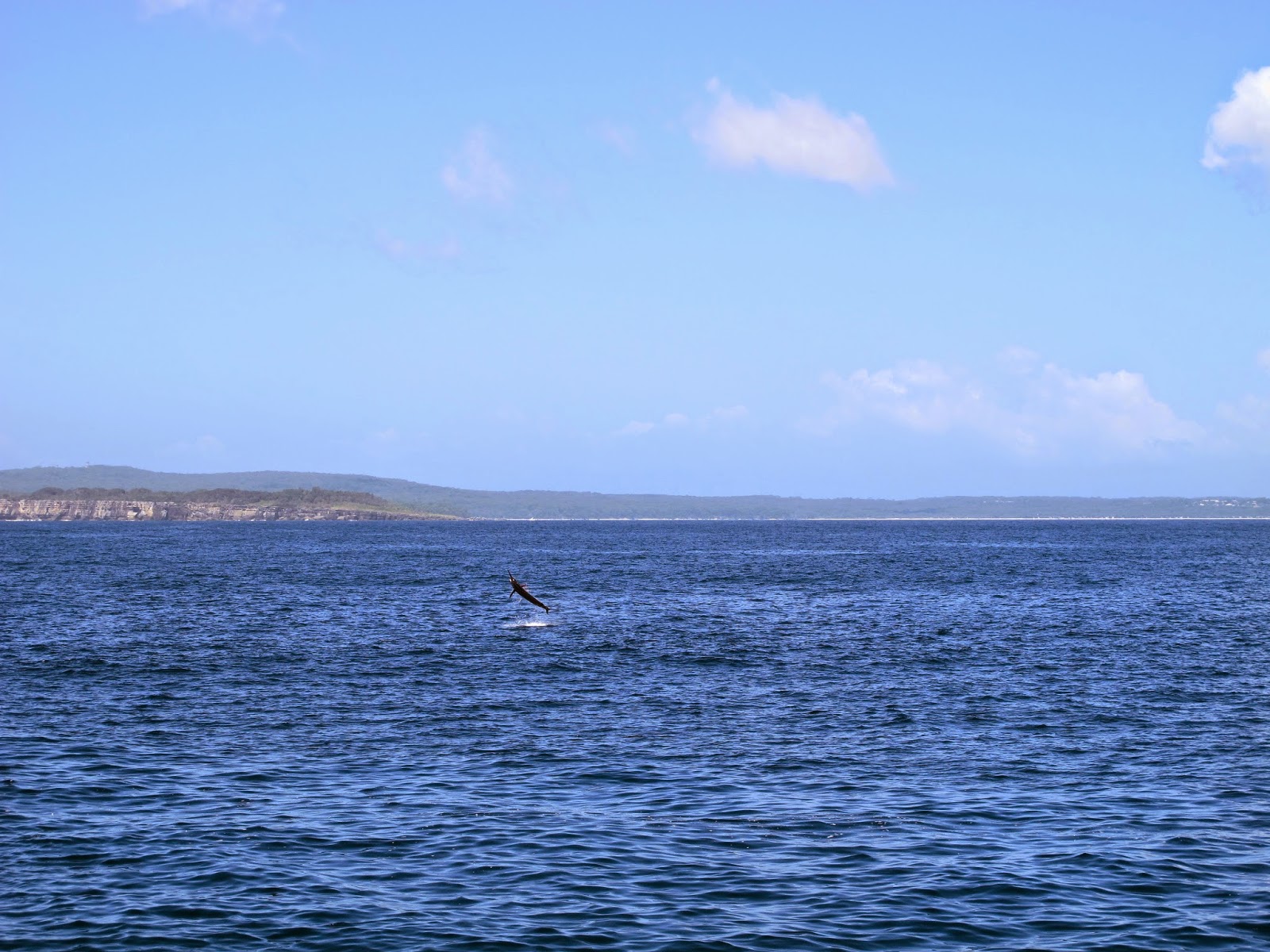 The fight was awesome and at several moments we all thought the fish was lost as it went around the headland and somehow came back around, then got snagged up and somehow came loose and in the end it popped up right at our feet with a big lump of seaweed on it's bill. The Busted Marlin Gaff got the Marlin on the ledge and it was high fives. 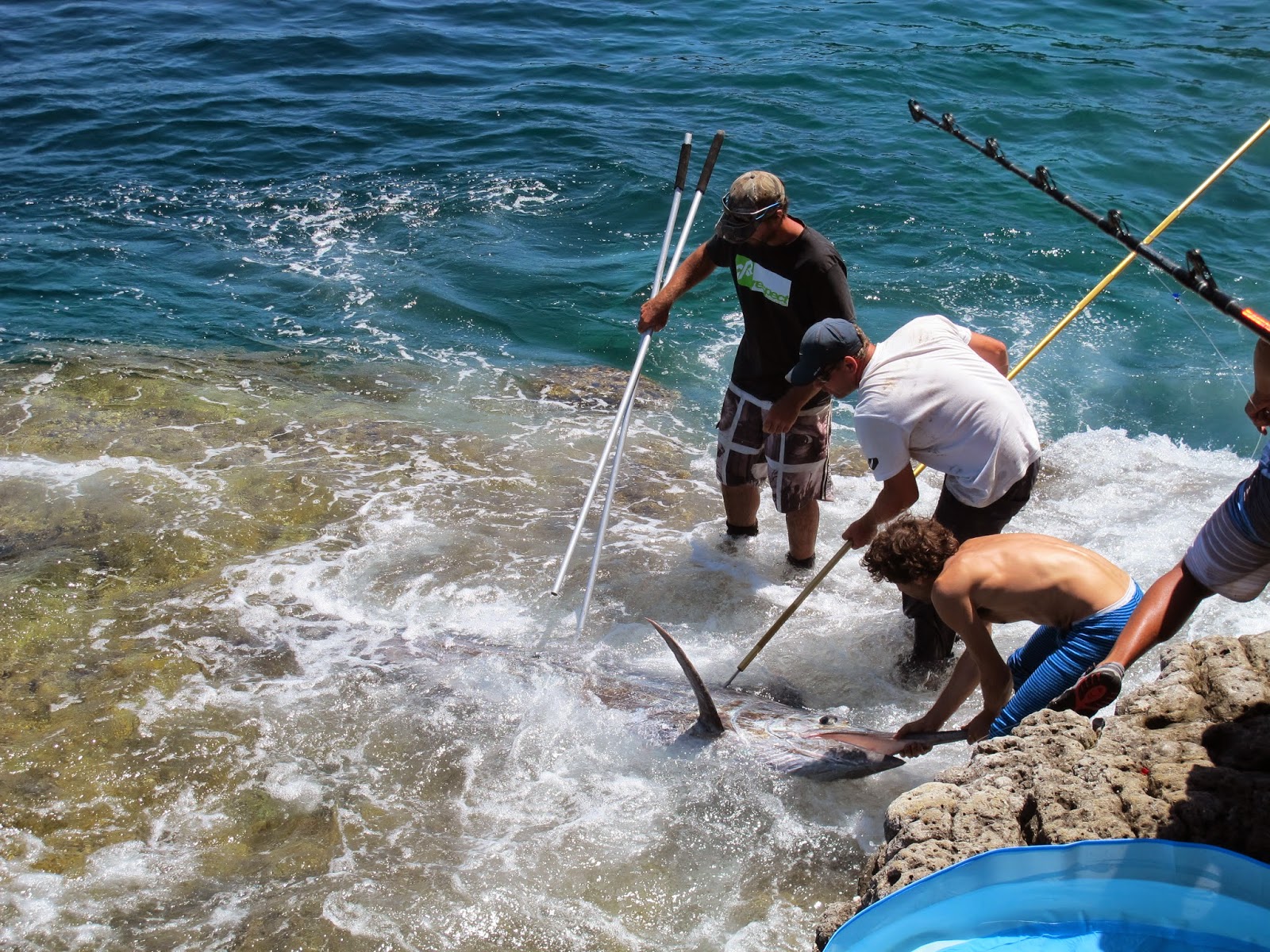 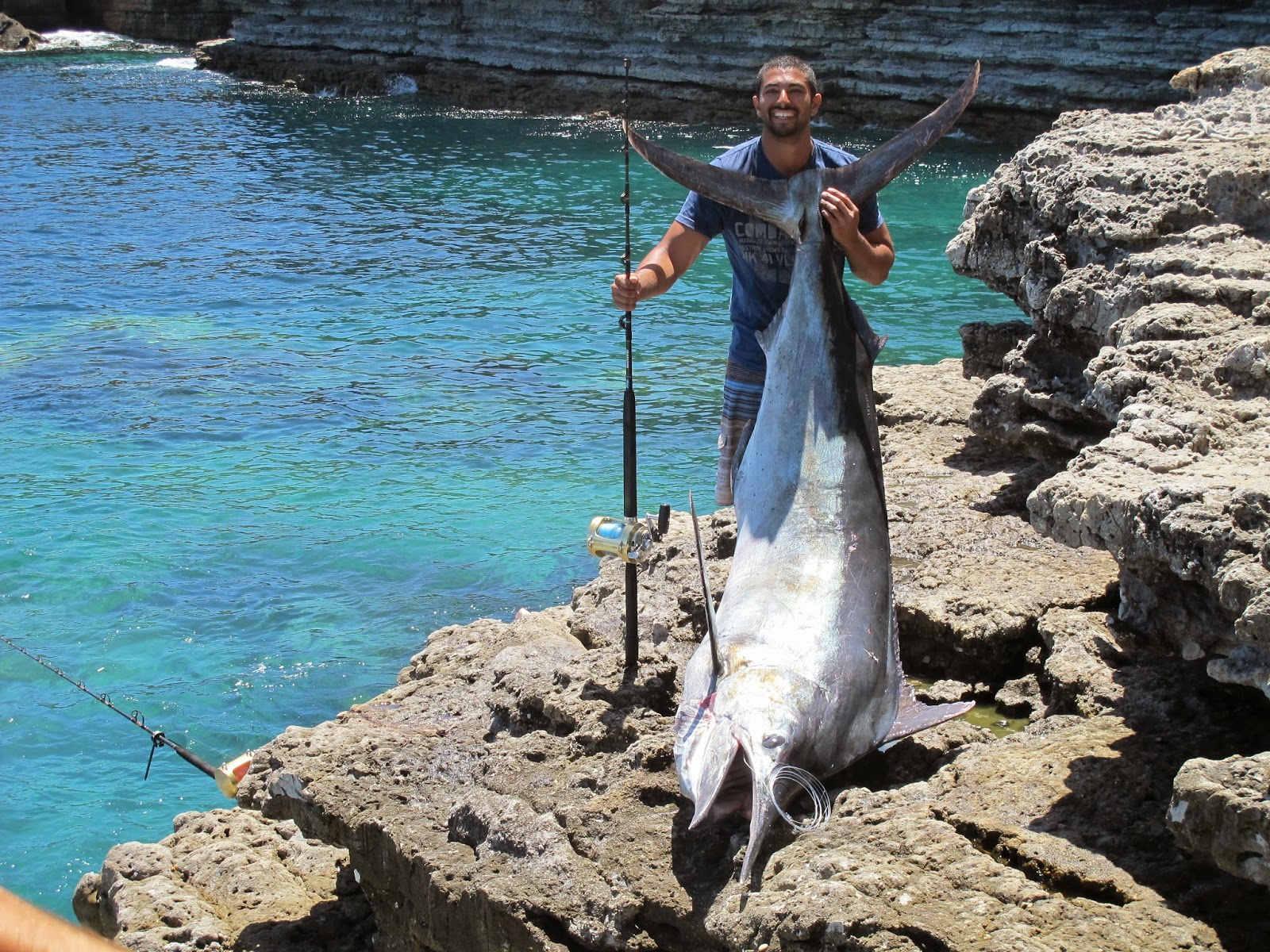 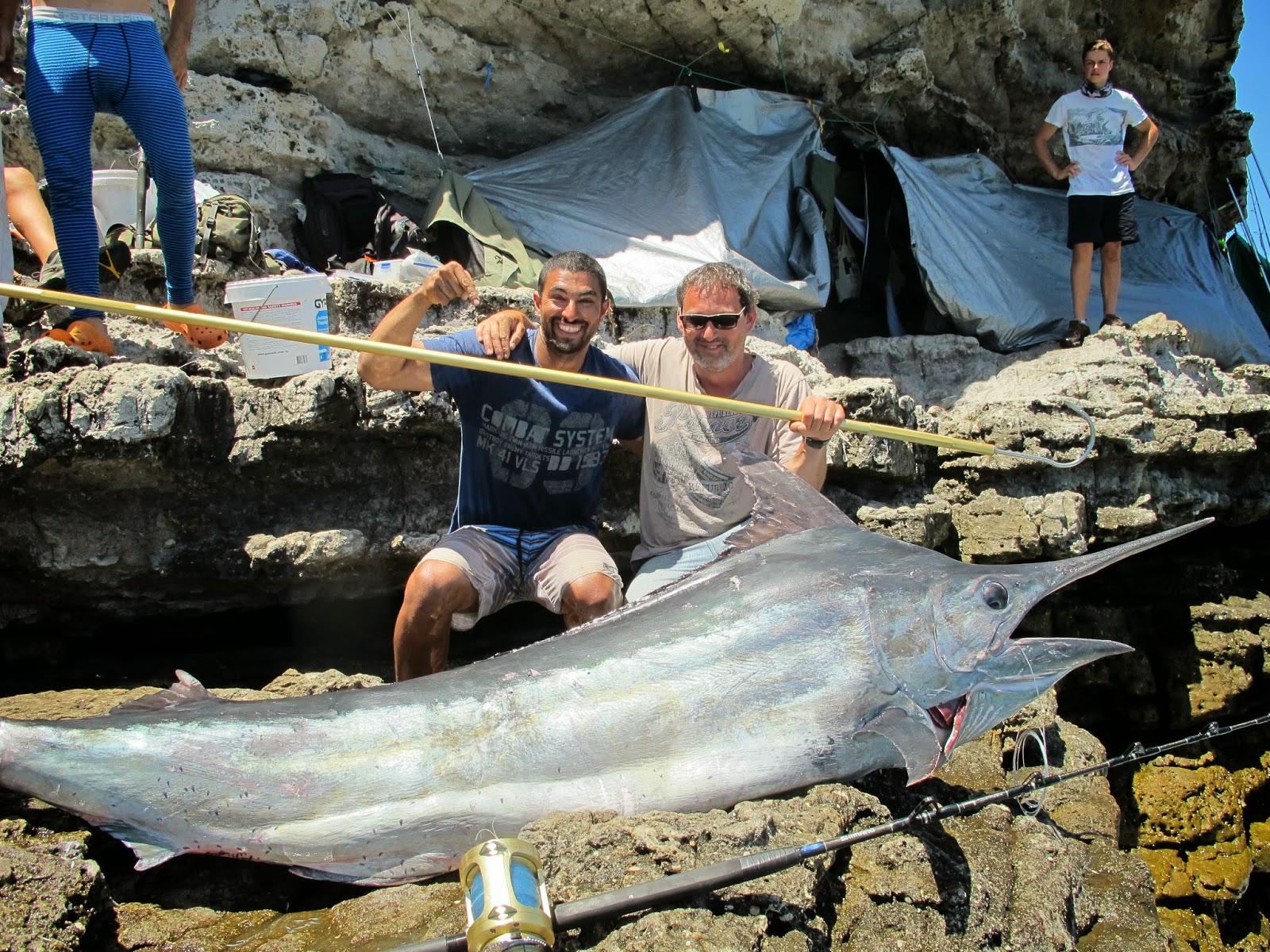 What an awesome few days we experienced and even though we didn't land the fish of our dreams, to experience part of the Marlin madness 2014 was simply mind blowing.

Also it was pleasing for myself to see the Busted Fishing LBG Marlin Gaff and the new LBG Longtail Gaff performed flawlessly.

Please click on here for some video footage: https://www.youtube.com/watch?v=8fCEh0rZ0uA