It was impossible to drive past Yalata without having another crack at the Mulloway, after failing back in January. The plan was to catch some fresh bait at the Point Sinclair jetty and then head to the dog fence beach for Mulloway. The scenery on the way to Point Sinclair was great with shallow lagoons and towering sand dunes. 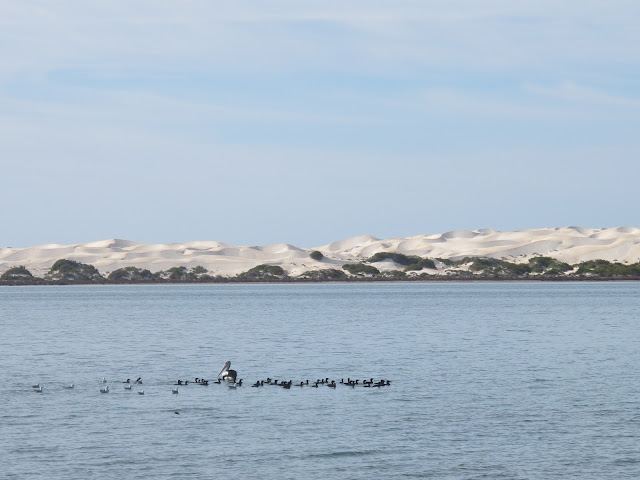 The jetty was tucked away behind the point and i started fishing into the night and eventually had a bucket full of good sized Tommy Ruff. 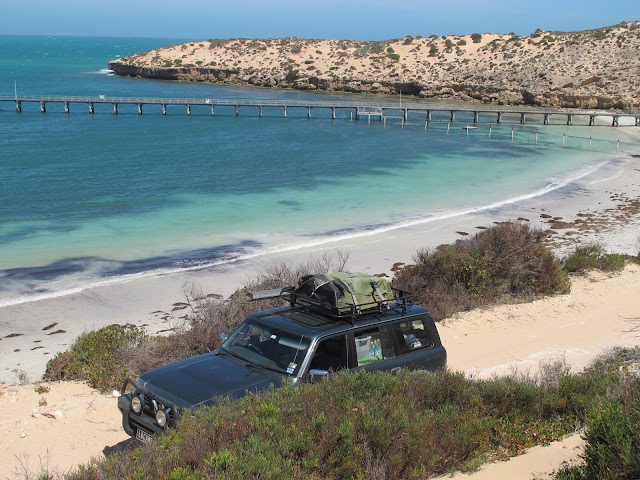 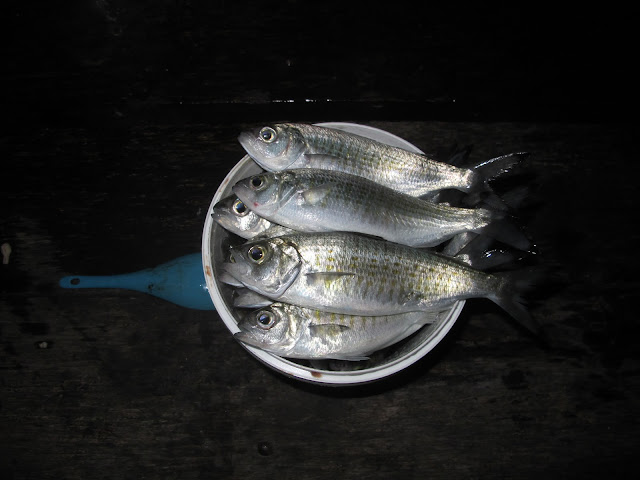 The next day i made my way down the 30 km dogfence track and then another few km's through the sand dunes before i found a great spot to set up camp. 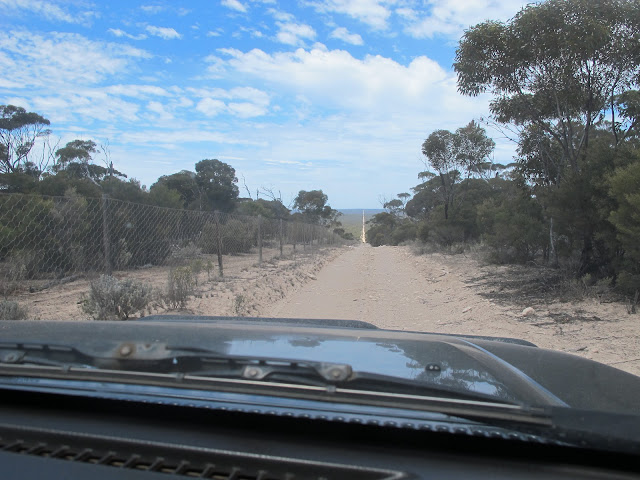 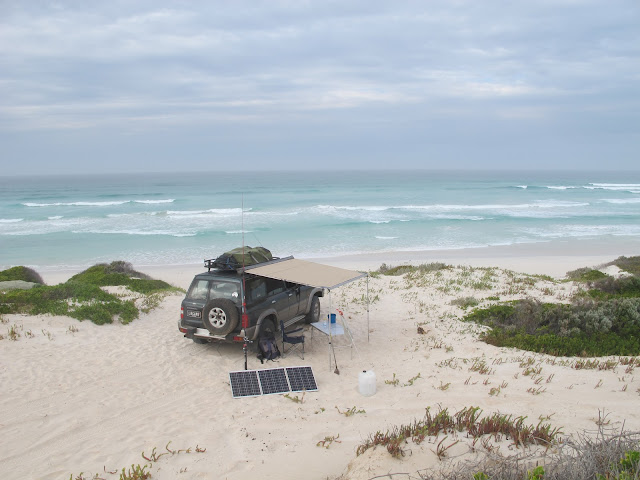 The next morning i was keen to get a bait in the water at sunrise and i set up my rodholder, which i made with an extra plate burried in the sand so it won't fold under load. 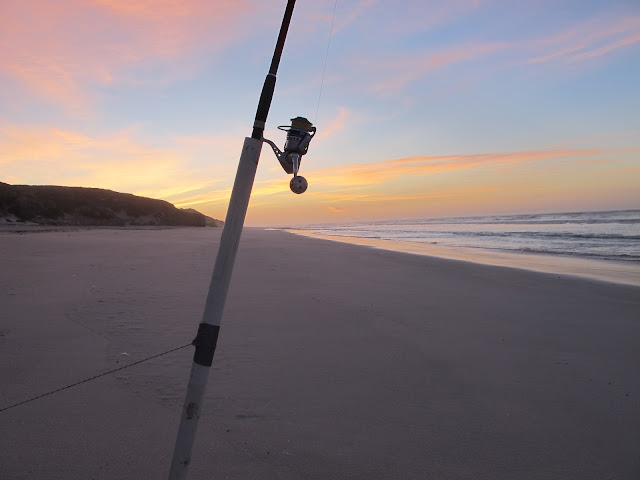 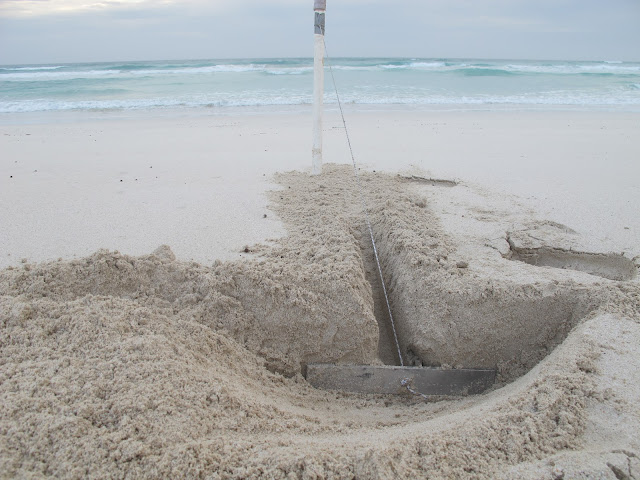 The Tommy Ruff fillets rigged on two 8/0's with a Gemini down clip as the first gutter was a fair way out and i had to cast a long way. The cross current was ripping too and even the 170gm grip sinker didn't hold at times. 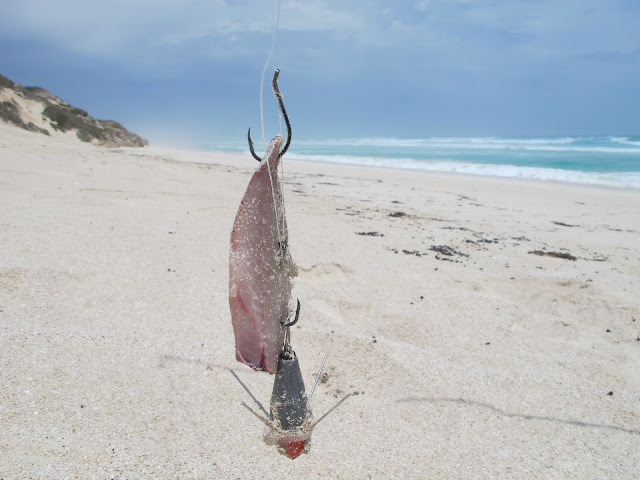 The first run turned out to be an Eagle Ray which always get the heart pumping. 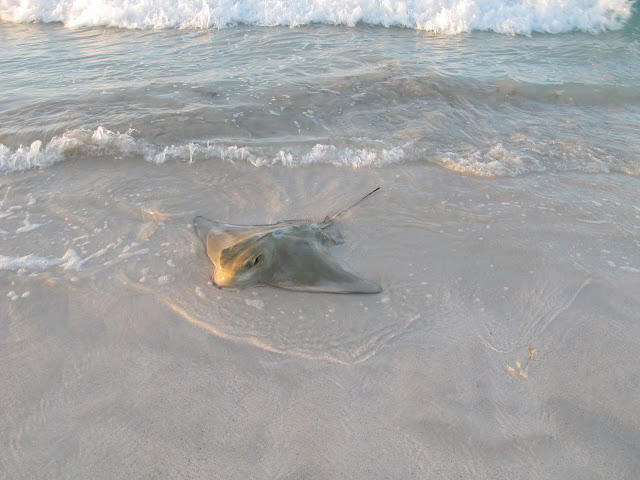 The rest of the day was uneventful without even another bite. Then the next day started just as slow and eventually i had a bite which turned out to be a tiny Mulloway. That was all for the day. 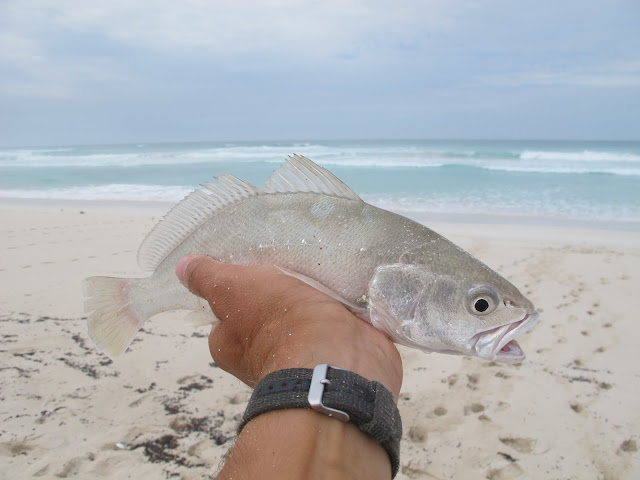 The next day i moved to another gutter closer to shore but once again, nothing all morning. In the afternoon the rod buckled over and i was away with lots of head shakes. Having never caught a big Mulloway, it felt like a large Snapper which are occasionally caught here. When i saw a decent Mulloway behind the breakers i anxiously backed off the drag a little and eventually the fish was on the beach. 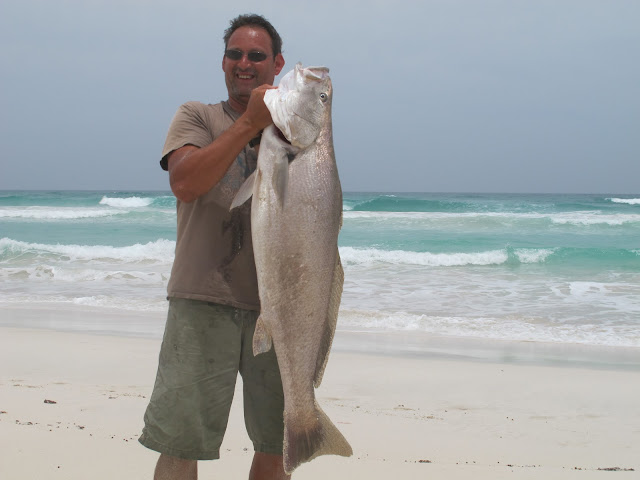 It weighed in at 32 pounds and in the evening i cooked up a great feed of Mulloway fillets with chips and vegies. To celebrate i also had a few VB's which turned into a massive Christmas party which was gate crashed by about 50000 flies. 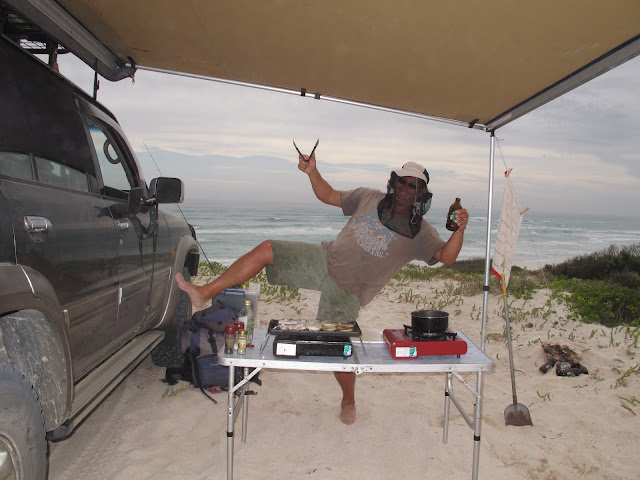