Steep Point is the westernmost point of Australia and half the fun was getting there. 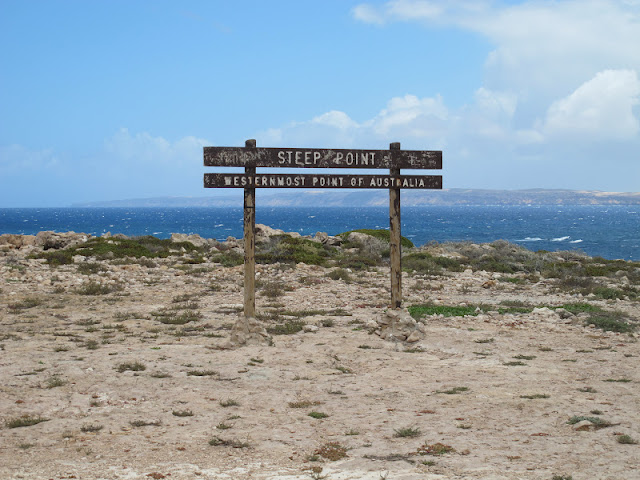 It's about 100km of dirt road, followed by about 40km of mostly sandy 4wd track, past some stunning coastal scenery. 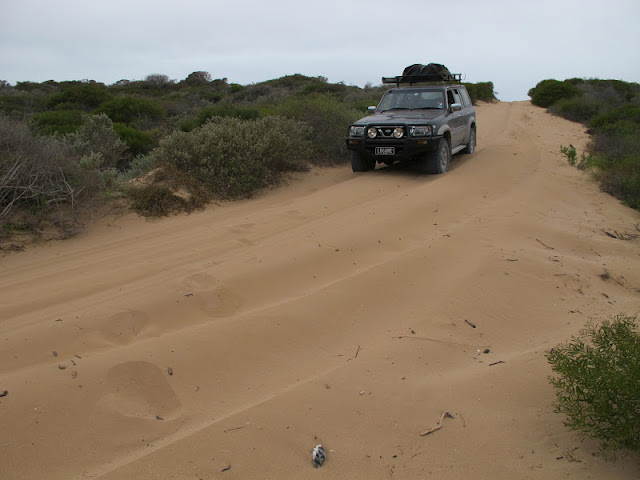 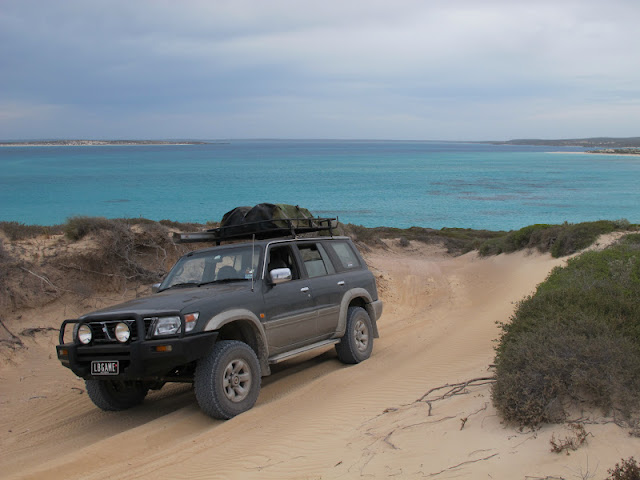 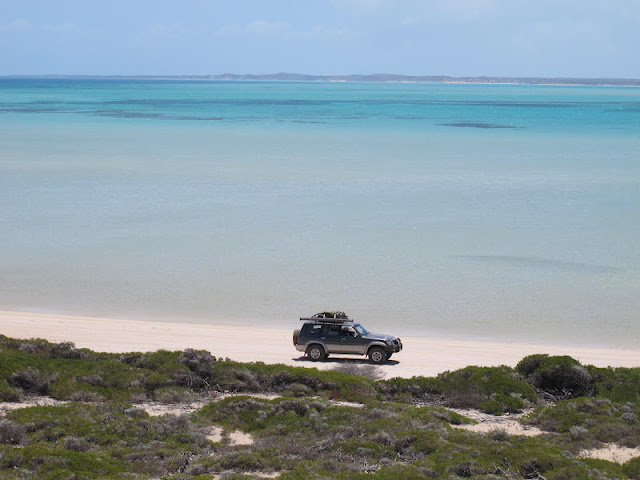 By sunset i had my camp setup at "The Oven" which to my surprise was empty. There were about 20 people fishing around the corner at "The Faultline". My camp was only 20 meters from the edge of the cliff and i liked the spot i picked and couldn't wait to fish this iconic spot tomorrow. 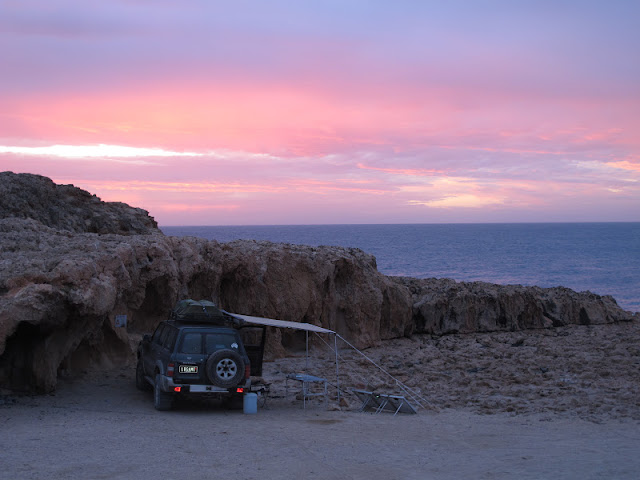 In the morning there was an offshore wind which made for perfect helium ballooning. As i was on my own i had thought out a plan to make my leaders as long as the cliff was high so i could grab it with one hand and slide the cliff gaff down with the other, should i get a fish to the rocks. I also marked my rope so i knew how far down it went as i couldn't see a thing over the edge and it was about 10 meters high.
By mid morning i was working my Garfish forward and backward as the wind wasn't very strong when a fish took the bait and took off with it. It felt like a solid fish and came in fast after the initial run. When i had him close i saw it was a great Spanish mackeral but to my horror a shark was right behind him so i freespooled him quickly. As i kept looking stright ahead, the Spaniard lept out of the water about 50 meters to my left with the Shark still in hot pursuit. Frantically winding up the slack line i came tight again and the Spaniard swam straight in towards me and i couldn't see the Shark anywhere. The fish looked buggered and ready for the gaff. I hoped my plan would work and positioned myself on the cliff edge, grabbing the leader and sliding down the cliff gaff to the mark. After some wiggling around and some tense up and down movements it came tight and i pulled up a nice Spanish Mackeral which turned out the best fish for the trip. 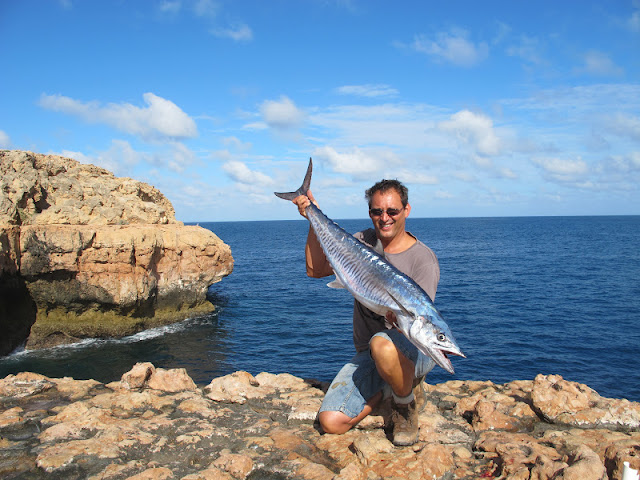 On the second day i caught nothing, but the aquatic life of the area was astounding with numerous Whales, Manta Rays and even two Whalesharks over the course of the 5 days. I was lucky to get some great footage of playful Manta's and breaching Humpback Whales. Click on the short video:

On the 3rd day i woke up after a restless night due to a mouse in my car, to find my balloon was blowing onshore. 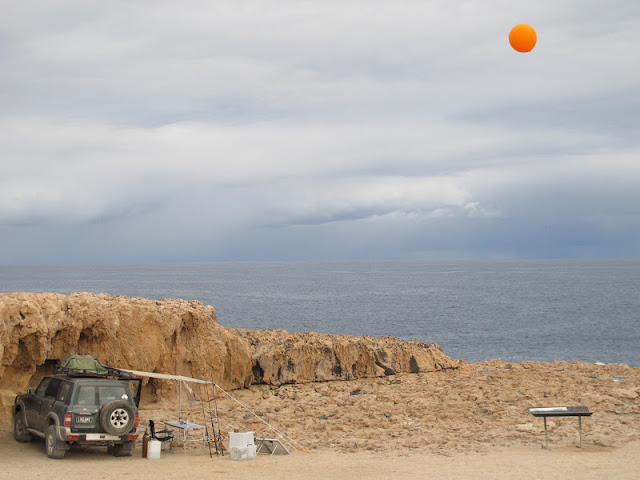 For the next 3 days the wind wasn't any good for ballooning and i was spinning lures. With all these manta rays around, i was hoping there might be some Cobia too and to my delight i came up solid on my first ever Cobia which put up a great fight for its size. 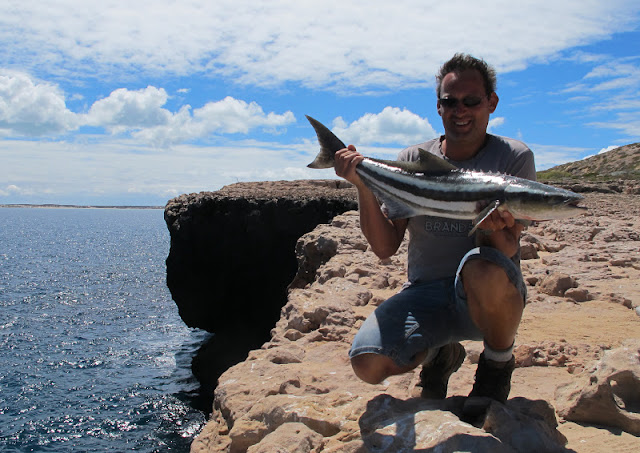 This was a fisherman's paradise and i managed to land a total of 6 Spanish Mackeral, 2 Cobia and a couple of small Grey Mackeral, as well as a small Striped Tuna. Most fish i gave away to the guys at "The Faultline" and a couple released ok due to lucky gaffshots. On one occasion i managed to wave down a dinghy with some guys from a nearby catamaran who gladly took a Spanish Mackeral of my hands. 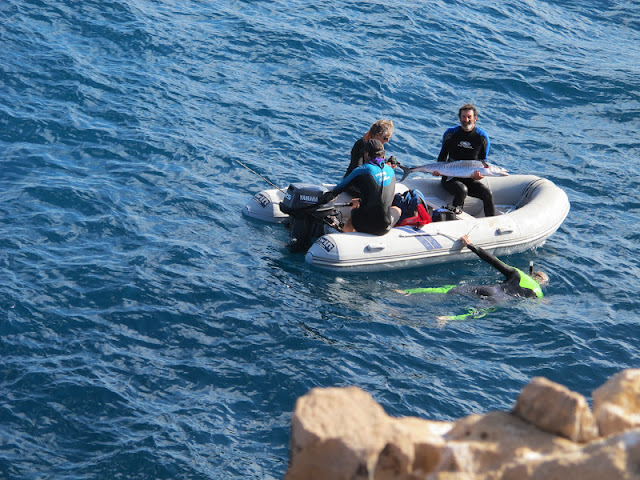 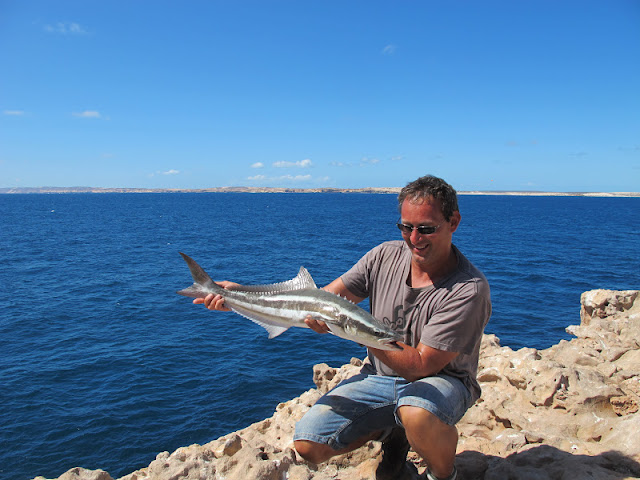 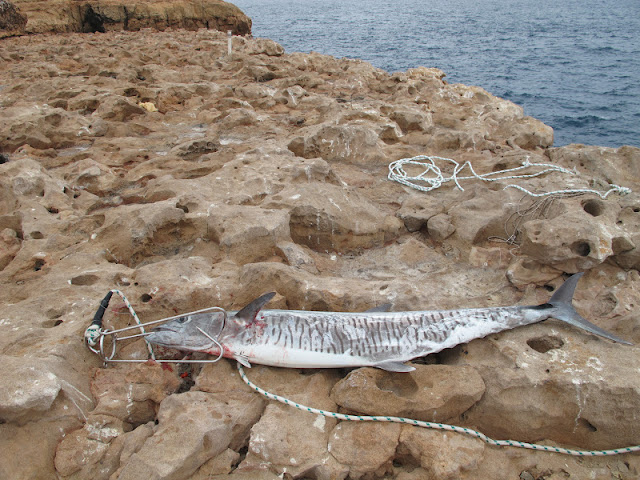 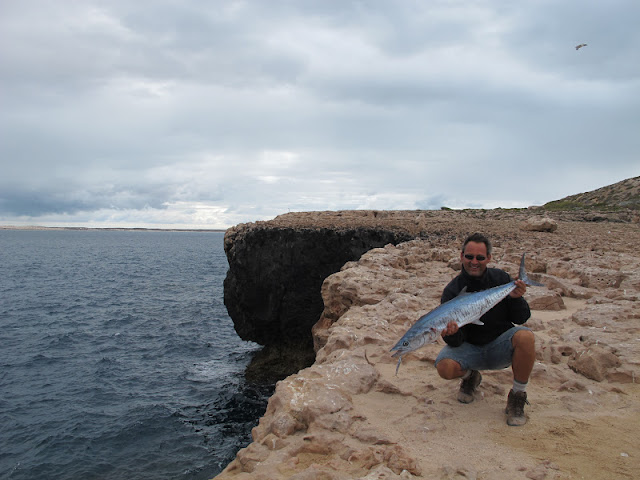 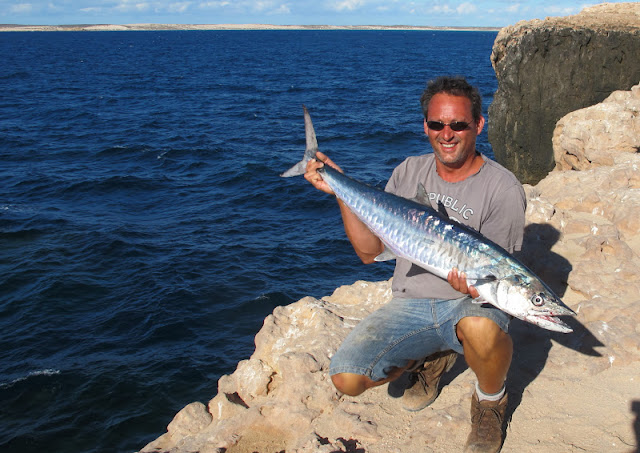 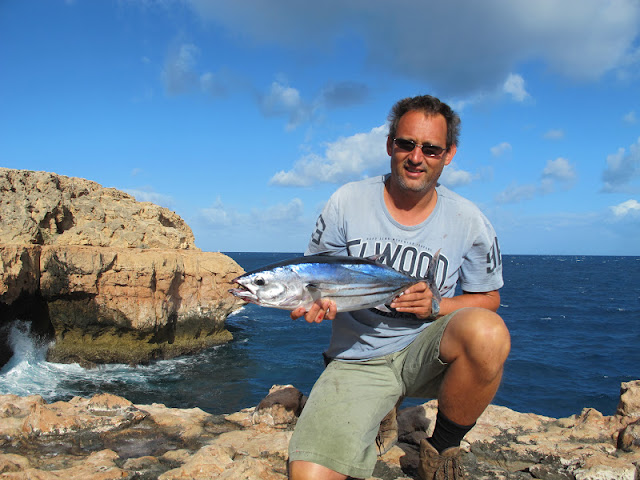