After chasing Spanish Mackeral halfway around the country and loosing a couple of nice fish along the way, i was keen to try again in Quobba. Even though it wasn't the best time of year, there was still a chance of a smaller fish. I also heard plenty of stories about the sharks which regularly eat hooked fish in front of frustrated anglers.
On the way in, i went past the famous "King waves Kill" sign which was a reminder of the dangers of rock fishing. 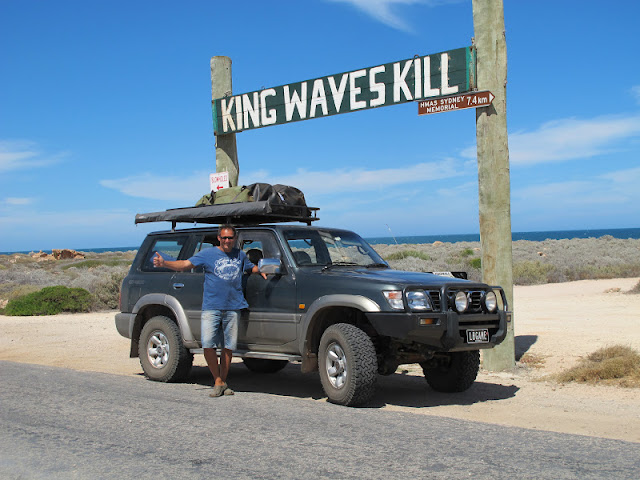 After having a look at the Blowhole and checking out the ledges, i settled in for the night high up on the cliff. 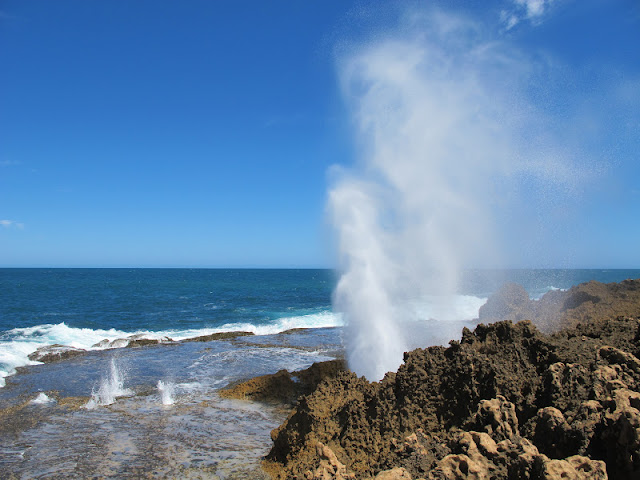 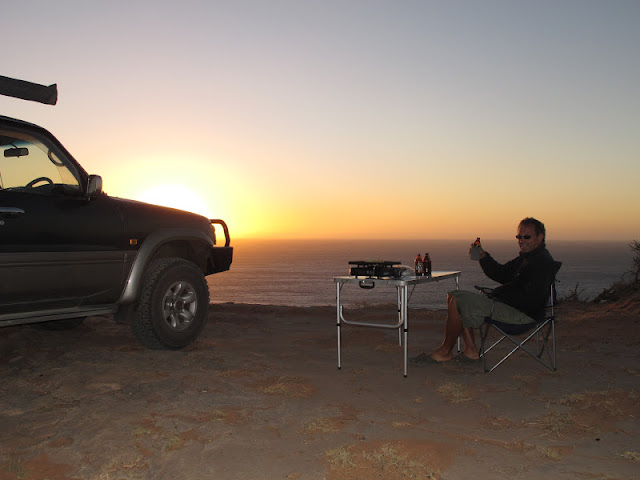 The first day was interesting to say the least. The sharks i heard about were visible from the time the morning sun hit the water. 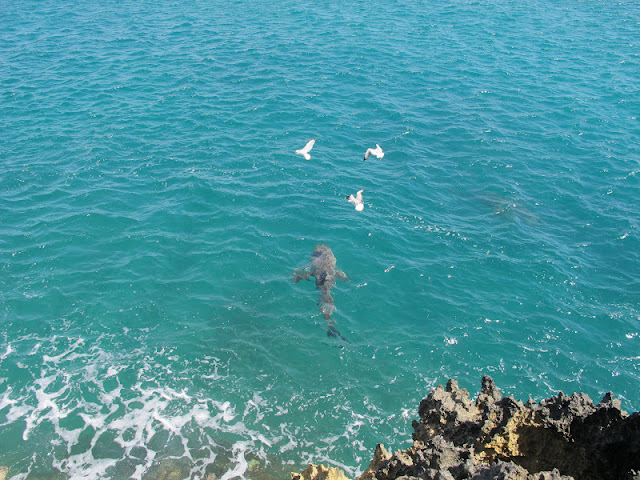 The first hookup came my way mid morning and after a blistering run the fish came within about 10 meters of the ledge when a shark appeared from the left and with one swoop ate my fish, lure and all.
Amazed and excited about what just happened i re rigged and cast the new lure towards the horizon. Maybe an hour later, the exact same thing happened after 2 sharks moved in for the kill. Later in the afternoon i saw a Mackeral close to 10kg grab my lure and took off with it in a hurry. My plan was to freespool when i saw the sharks and as soon as i saw them hone in on my fish, i backed off the drag and the Mackeral took off again. I repeated the process but eventually the sharks got their prize and i was left fishless again.


Here is a short clip of three Whaler Sharks at my feet:


The second day was much a repeat of the day before with the exception of two GT;s getting mauled as well. One of the Trevally must have been well over ten kilo's and when he saw the rows of razor sharp coming for him, he put on the afterburners to get away but he eventually got nailed as well.
Getting frustrated, i spent the rest of the day fishing the bottom and pulled up a few colourful reef fish, which were released of course. 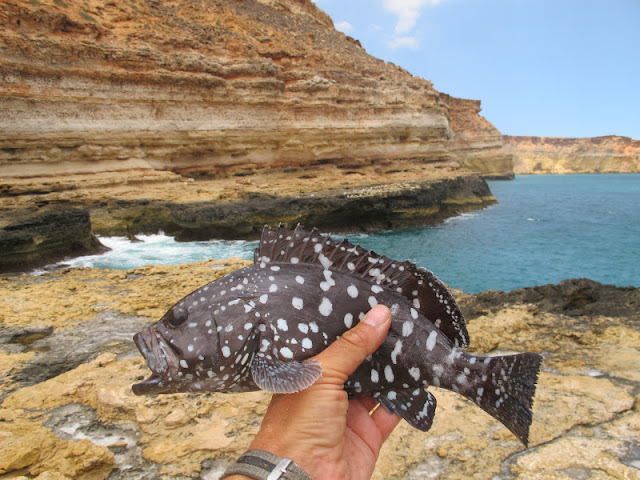 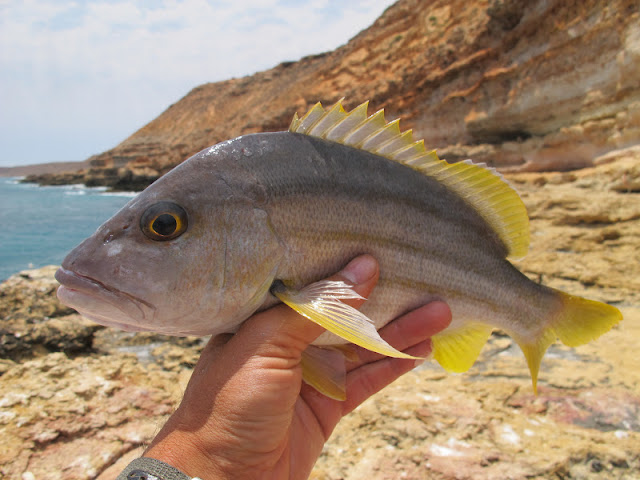 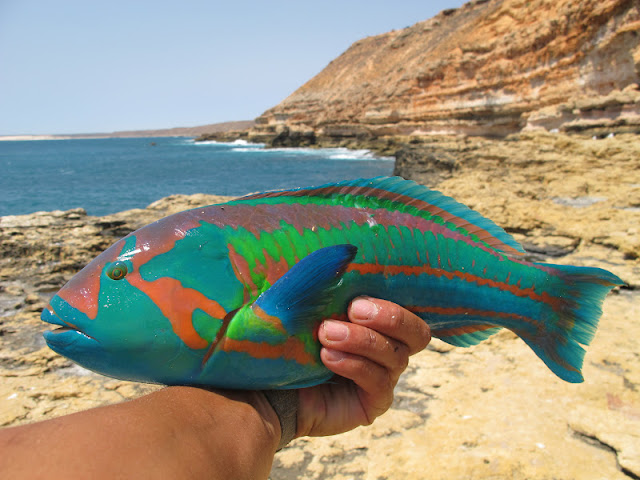 Determined not to let the Sharks get the better of me, the next day started with a Longtom on a lure. 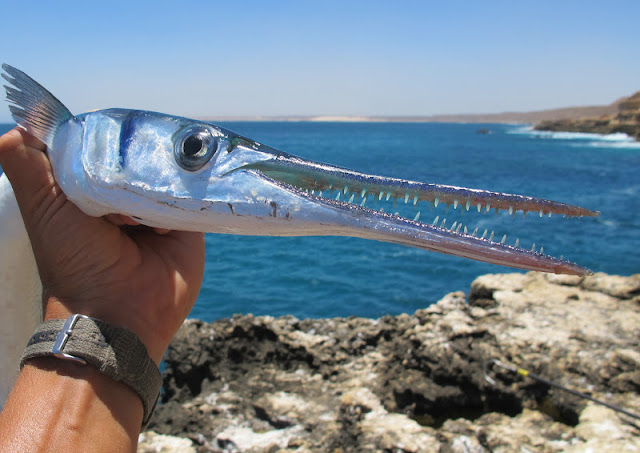 A short while later i saw another Mackeral chase down my lure and i was away. After the run i reeled in the fish closer and to my surprise there wasn't a shark in sight and i got the fish under an overhang of the ledge where i could land the Mackeral. It wasn't a big fish by Quobba standards but i was stoked to finally land one. 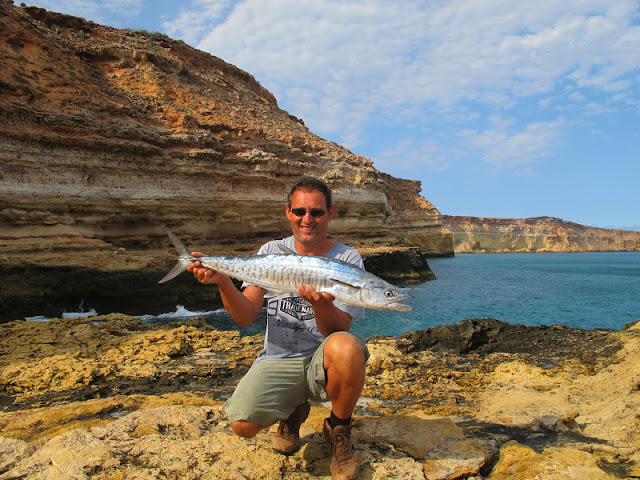 Fishing solo always has it's dangers and i took my time climbing up the hill, back to the car as there is no phone reception at this isolated but beautiful and wild place. 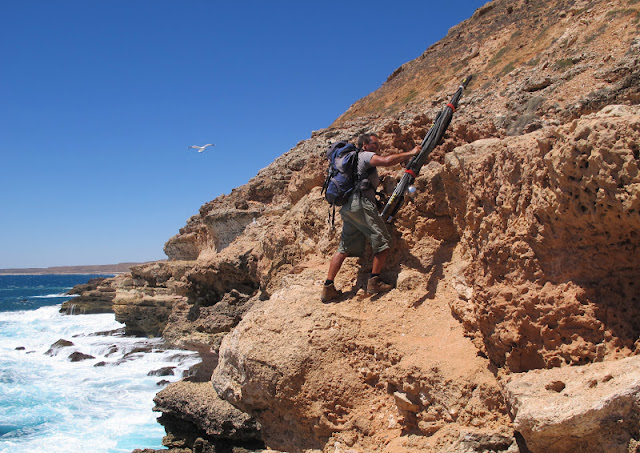 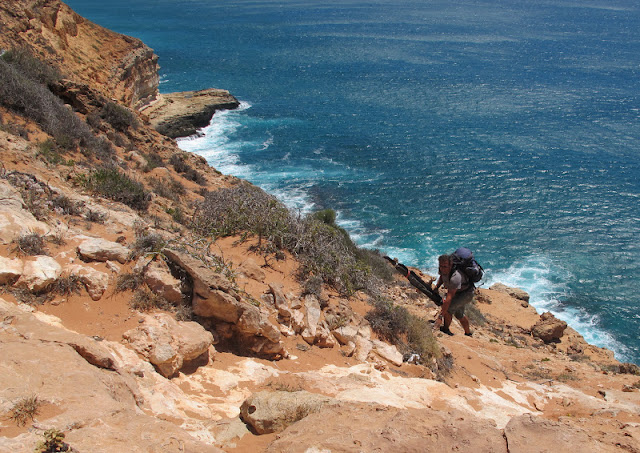