Two days ago i went back to the same spot and the plan was to catch some bait on low tide at first light. By the time it started to get light, the tide was running hard already and the gars had disappeared so i decided to throw a popper around for a while. I set up the camera to take a pic of the sunrise and on the first cast i connected straight away and after the first two jumps i put the camera to video mode and filmed the fish coming in:


The gaff shot was high near the tail, so i quickly released him. By lunchtime the tide slowed and the gars came back on, however i did not get another fish for the rest of the day.

Yesterday i heared of some Spanish Mackeral showing up and i decided to service my tackle, just in case i connect to a big Spaniard. Using my home made, roof rack mountable reel spooler, which i made with some leftover ABU7000 carbontex drag washers, some new 30lb Ande line went on the Avet LX reel as well. 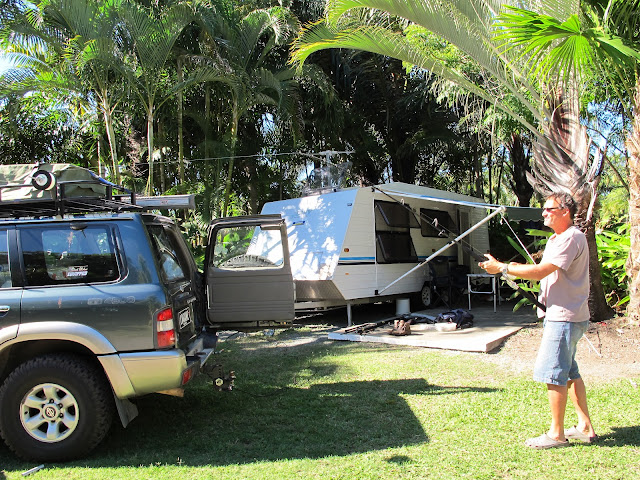 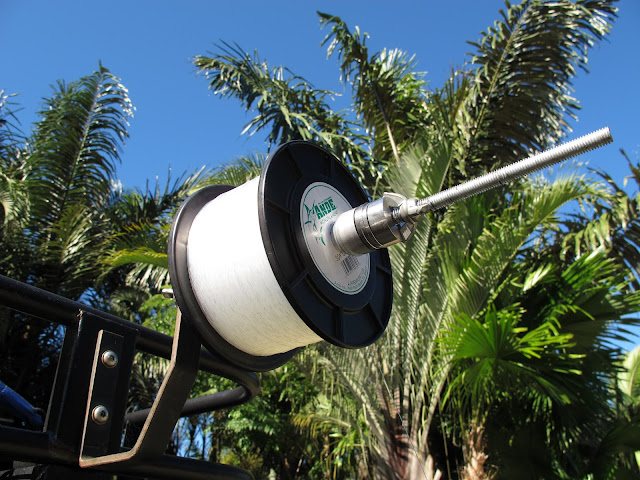 With all the tackle in order i got out of bed at 3.30am, pretty excited about the prospect of a Spaniard. I wanted to be on the ledge early and get a bait out asap.
Hiking past the "Crocodile" warning sign once again i made track to the rocky outcrops and climbed up and down to a section which is impassible on high tide but some boulders made it possible to get across on low tide. Making my way down i lost my footing and tumbled straight into the water. Instantly the image of a large Croc raced through my brain, attracted to my head torch just like me to the lit up, yellow Mc Donalds arches at dinner time. I climbed back up as fast as i could and started to survey the damage. The right knee was throbbing with pain and the left leg had a long gash from the oyster encrusted rocks. The mobile phone gave off a couple of flickers before going dead, which meant i couldn't ring for help. Fortunately the camera remained dry and i took a couple of happy snaps on the way back. 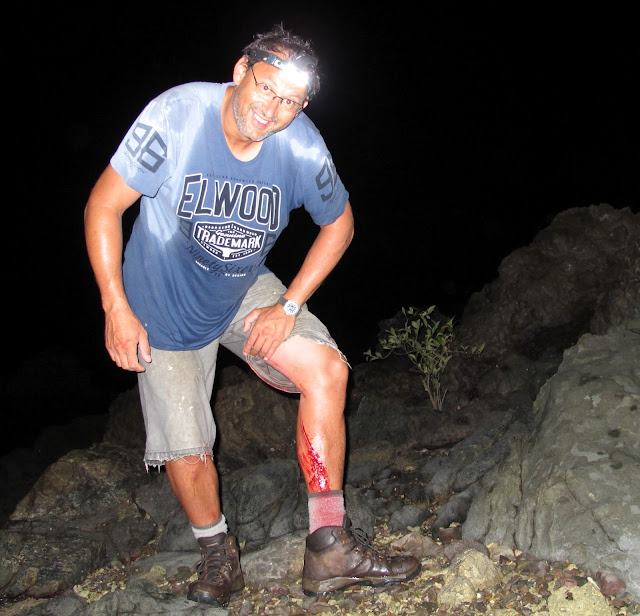 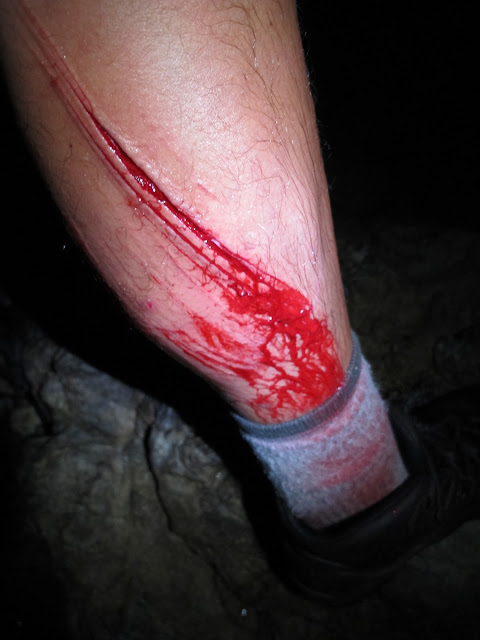 The hike went from one hour there to three hours back to the car as i had to limp and stop quite a few times as the knee got worse.
Once back at the van, Kerry bandaged me up and took me to the hospital where the leg got stitched up and x-ray taken of the knee. Awaiting the outcome i realize i was lucky and the sport of rock fishing is a risky one, particularly solo.