With all this talk about the queen's jubilee, i was keen to get in on the action and took my trusty Patrol for a fishing session once again. I left all the boats behind in the harbour and hiked down to the coral beach again. 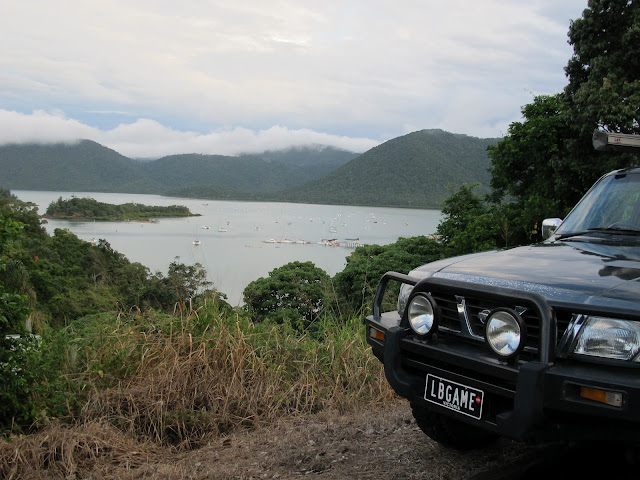 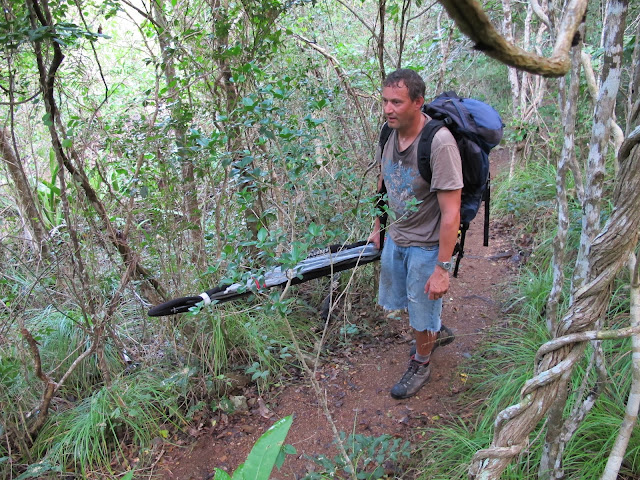 Once on coral beach, i took a moment to have a look at the sign and decided not to wade through the water today. 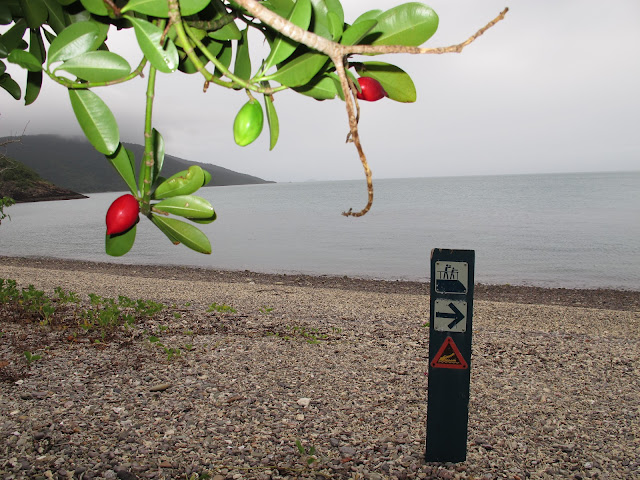 As soon as i got to the rocks i saw garfish aplenty and it didn't take much time to fill the pool. The first bait got slammed in no time and a small Queenie came in which i released, followed shortly after by another.
Some time later the live garfish went off again and this time the fight was tougher and after some arcing a big Longtail Tuna showed itself. Unfortunately when i tried to gaff it, the hook pulled and he swam away.
Bait number four turned into another nice Queenie ........ what a great session. 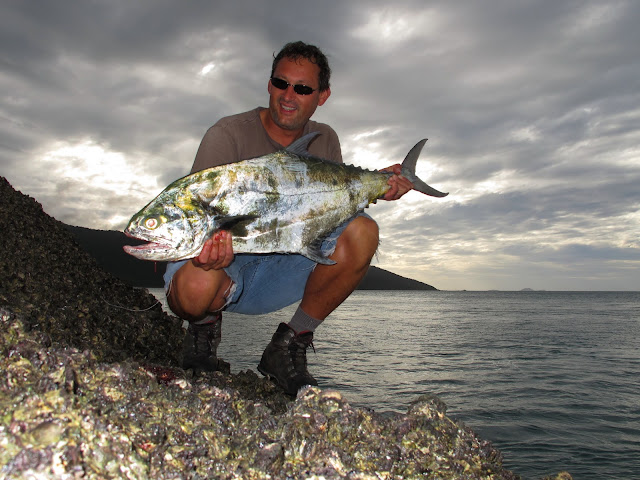 The next day i was very eager to get to the ledge early and i was on the rocks at 5am, hoping to get some bait early and have a spin with some poppers.
Well, by 10 am i still had no bait and was reduced to spinning only:


The first Queenie for the day i put back and eventually i managed some gars. By about 2 pm the rod went off and a nice Queenie leapt in the air several times before i got him up on the rocks.
Another great days fishing, and i even had a few green seaturtles come and stick their head out of the water. 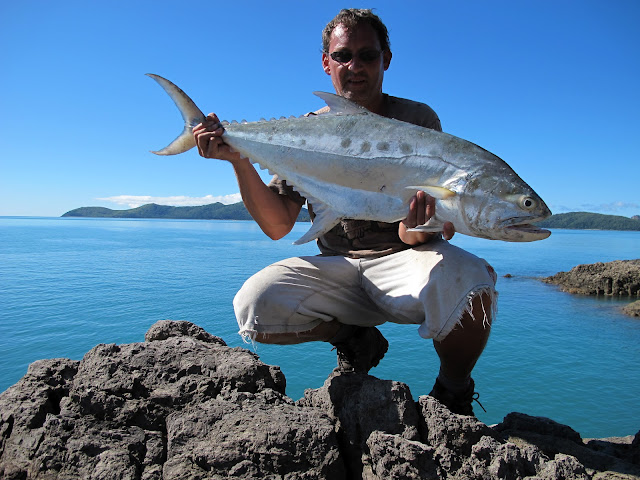 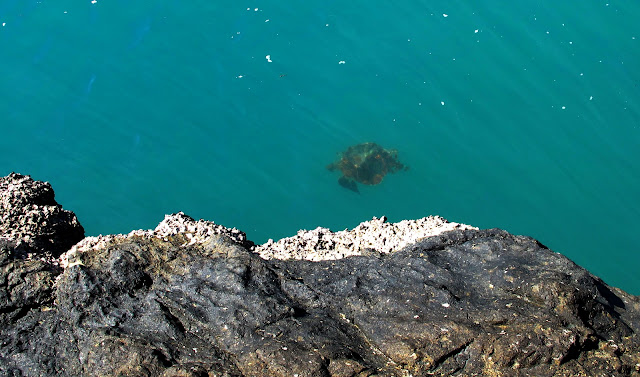