Settling in around Forster, a few days were spent fishing once again. The first few days i planned to spend south, hoping for a Cobia or a Longtail Tuna, however the only action we saw on the ledge were two Mack Tuna, two small Kingfish i managed to catch and the biggest Bonito i have seen so far. 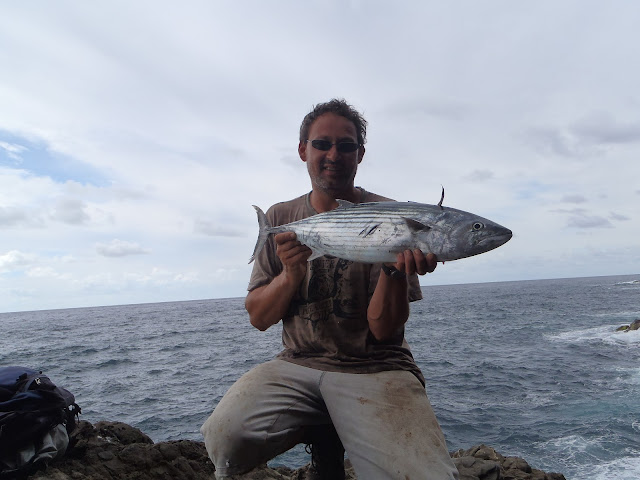 Further north seemed like a better option and i spent the next few days spinning at one of Australia's most iconic locations which i first saw on a DVD by Ron Culcutt "Spinning for Spaniards". Anticipation was high on daybreak as the lures zipped through the water but we couldn't find any fish at all. Later during the day when the sun was sitting high, sightcasting took over where the fish are spotted from high above and the aim was to cast a lure directly in their path.
Over the time i was there we saw two pairs of Longtail Tuna but they just weren't interested in the lures we offered. 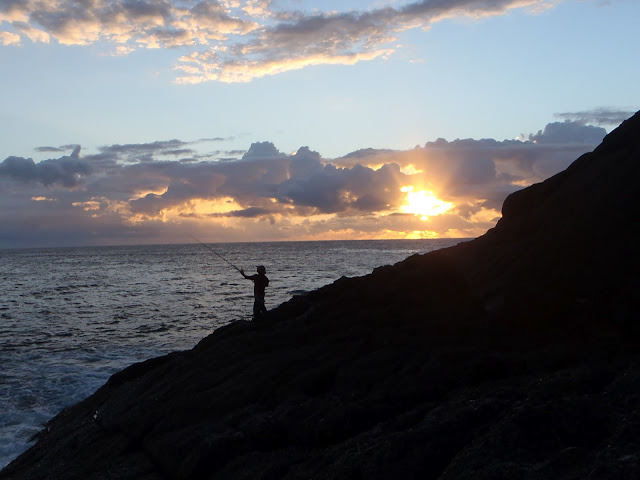 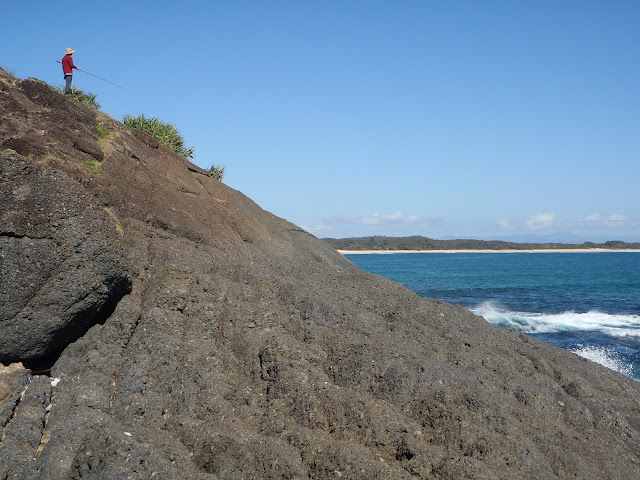 Even though i haven't seen any fish caught, this was an exciting way to fish and although exhausting, i hope to do it again before moving further up the coast.