Once we settled in on the NSW north coast, i was keen to chase some Longtail Tuna. Previously these ocean speed machines were known as Northern Bluefin Tuna and are renown for their lightning fast run and stubborn, arcing fighting style. This was something i wanted to experience.
Once i arrived at my location it was drizzling rain and once i walked for a while, an opening in the bush revealed the headland gleaming in the distance. I still had a long walk in front of me. 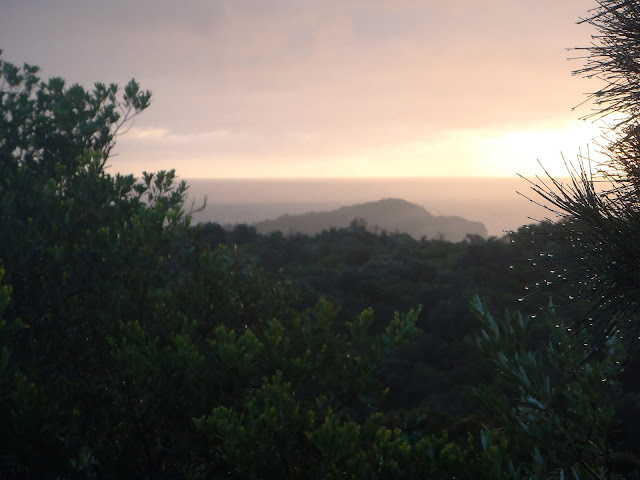 As i arrived late, catching bait was tough but after a while i had a healthy supply of garfish in my pool and i sent one out, just on the edge of a wash and settled in for the day. By about lunchtime my reel screemed off and it was clear that this was a fast fish indeed. Once i set the hook, the lightning run continued and i was hopeful a Longtail had snuffled my Garfish. What followed was the typical arcing i heared about and once the fish came closer to the rocks it could easyly be directed in the right direction by freespooling until it came to the gaffing spot. I was wrapped when i saw my first Longtail hit the rocks. 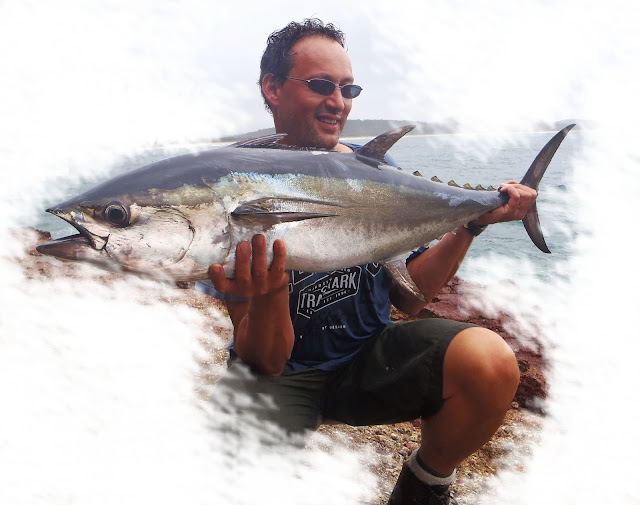 I wanted to take the fish out whole and i stuffed it in my backpack and set out for the long hike back to the car. Looking back towards the headland, i was relieved i made it. 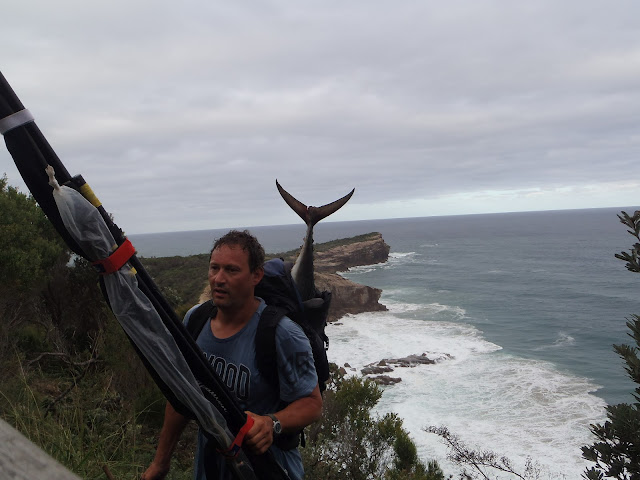 To top off the trip, i was also blessed with my first Mack Tuna, which is a beautiful looking fish but nowhere near as tough as the Longtail. 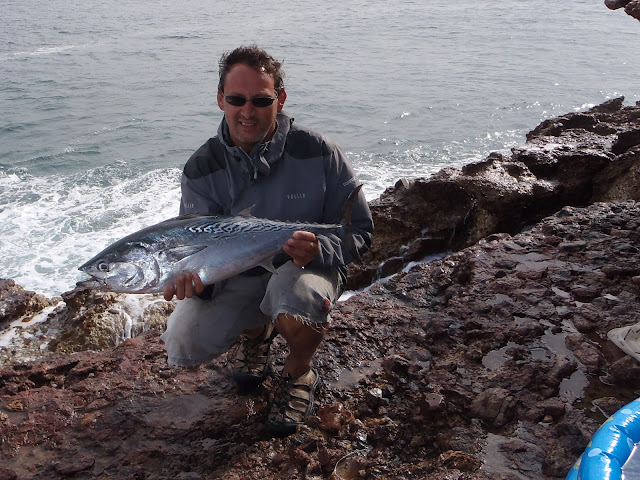